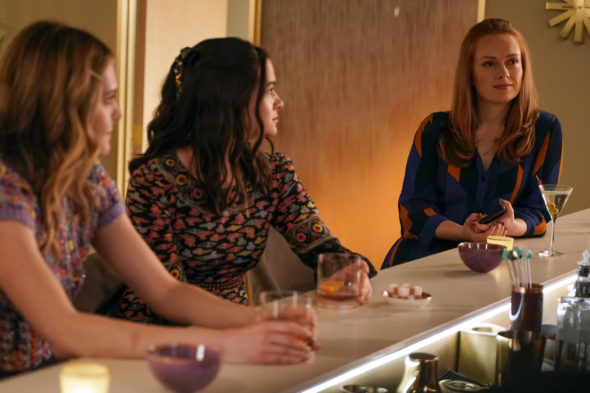 The Bold Type is ready to air its final season. Freeform has announced a May premiere date for the fifth and final season of the comedy-drama.

Freeform revealed more about the return of The Bold Type in a press release.

“Freeform’s critically acclaimed series The Bold Type will premiere its fifth and final season on Wednesday, May 26, at 10 p.m. and will be available the next day on Hulu. A signature hit for the network, the farewell episodes of the fan-favorite series will celebrate the trio’s journey into becoming who they were each meant to be. Nikohl Boosheri will recur as fan-favorite character Adena El-Amin, and Carson Kressley will guest star as himself in the season premiere.

Season four of The Bold Type left Kat, Jane and Sutton at their limits both personally and professionally at Scarlet Magazine. After five empowering seasons, our trio is on the brink of defining who they really are and how best to leave their mark on the world. Their futures are bright, and their love and support for each other will never change. 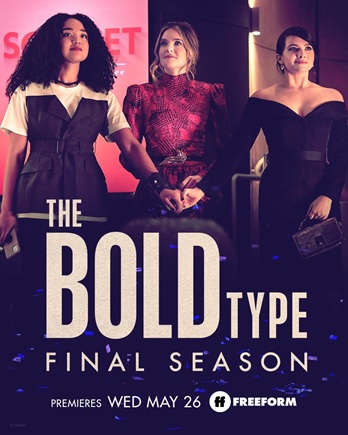 What do you think? Are you excited to see the end of The Bold Type on Freeform? Do you plan to watch the final season next month?

No am sad to see this show ending!

I am so excited The Bold Type is back but so sad it is the final season. I love the show and everyone there. Come on now freeform give us more episodes and seasons.

I am very excited the BOLD TYPE IS BACK even if it is the last Season. Glad to know the entire cast is back. Very Sad it will only be 6 episodes instead of 8 or 10. I can’t speak for the other FANS But if we’re only getting 6 episodes after 3 seasons of 10 episodes & 4th season 16 instead of the 18 because of the EPIDEMIC, than all I can hope for is a PERFECT ENDING.

I am disappointed that the show is ending.i truly enjoyed watching these characters grow into responsible “adults”.there is so much more to tell
It would be great if another network would pick up.the show.

I am very very disappointed they are ending The Bold Type it is one of my favorite shows and I think they are ending in prematurely and it could go a few more seasons. The was one of the only shows I watched on Freeform so bye bye Freeform.

I am so mad this show is ending!! It is my favorite show on tv!! I hope they get Richard and Sutton back together before it ends!! Sam Page is so hot!! He will be missed!!

It’s one of the best shows to watch I’m upset that its begin canceled.