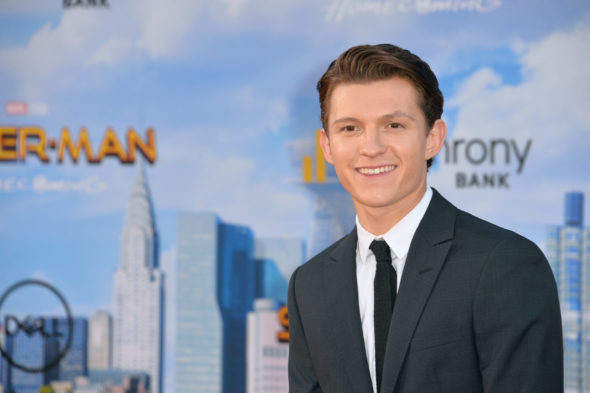 Tom Holland has another project headed to Apple TV+. He will appear in a new anthology series titled The Crowded Room. The actor, best known for his role as Spider-Man in several Marvel films, also recently starred in the film Cherry for the streaming service.

Holland will star in and executive produce the first season of The Crowded Room which will tell the story of the first person to be acquitted of a crime because of multiple personality disorder. There will be 10 episodes. A targeted premiere date has not been revealed.

Apple TV+ revealed more about The Crowded Room in a press release.

“Apple TV+ today announced a series order for The Crowded Room, a seasonal anthology that will be produced by Apple Studios and New Regency, with Academy Award winner Akiva Goldsman (A Beautiful Mind) set to write and executive produce. On the heels of the premiere of global hit Apple Original film Cherry, Tom Holland will star in the lead role of the first season and will serve as executive producer alongside Goldsman.

The Crowded Room is a gripping anthology series that will explore the true and inspirational stories of those who have struggled and learned to successfully live with mental illness. The anthology’s 10-episode first season is a captivating thriller, inspired by the award-winning biography “The Minds of Billy Milligan” by Daniel Keyes. It tells the story of Billy Milligan (Holland), the first person ever acquitted of a crime because of multiple personality disorder (now known as dissociative identity disorder).

What do you think? Are you planning to check out The Crowded Room on Apple TV+?

I can’t believe this, me and my system just want to live in peace yet Split made us look like a horror movie monster, and this makes us look like some criminally insane psycho.

This show needs taken down. Things like this and the movie Split make people like us with DID (Dissociative Identity Disorder which they keep offensively calling Multiple Personality Disorder) look like we are all monsters. We aren’t monsters we are traumatized people and yet all we get is hate from people seeing us in the media as monsters.