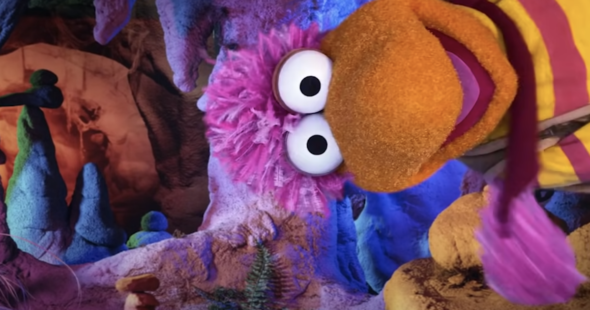 Get ready to head back to Fraggle Rock! Apple TV+ has ordered a reboot of the classic series. The original episodes are also now available on the streaming service after being available on HBO, per Vulture.

Classic characters Gobo, Red, Boober, Mokey, Wembley, and Uncle Traveling Matt will all return, as will original series puppeteers Dave Goelz and Karen Prell. Matt Fusfeld and Alex Cuthbertson will serve as showrunners, writers, and executive producers. Lisa Henson and Halle Stanford will also be executive producers, alongside veteran Henson collaborator John Tartaglia (who will also puppeteer on the series).

Apple TV+ has aired mini-episodes of Fraggle Rock on the service since April 21. The Fraggle Rock: Rock On installments were created during the quarantine and shot in isolation by the puppeteers on iPhone 11s.

The following was revealed about the arrival of classic episodes on Apple TV+:

“The decision to add old episodes of Fraggle Rock was made to ensure that viewers wouldn’t have to go to a competing streaming service to watch the old episodes, and that the majority of the Fraggleverse would be in one place (aside from the animated spinoff, which is not part of Apple and the Henson company’s agreement).”

What do you think? Are you excited for the return of Fraggle Rock? Do you plan to check out the reboot?