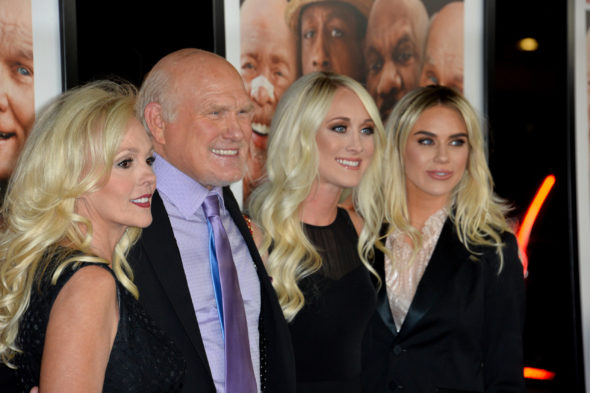 The Bradshaw Bunch is coming soon to E!, and the series now has a preview available. The reality series will feature football legend Terry Bradshaw and his family as they juggle their busy lives.

E! revealed more about the reality series in a press release.

“From real-life hijinks to juggling football, fame and farm life, unpredictable hilarity ensues as Bradshaw and family gives viewers a peek into rural living in Oklahoma. Alongside his playful and pranking wife Tammy, entrepreneurial and talented daughters Rachel, Lacey and Erin, and his loveable grandkids, the four-time Super Bowl Champion Quarterback and true country boy finds his most important job is father to his three kids.”

The Bradshaw Bunch will arrive on E! on September 17th.

What do you think? Will you check out The Bradshaw Bunch on E! when it premieres?

Had enough of terry on his last show with Henry winker!