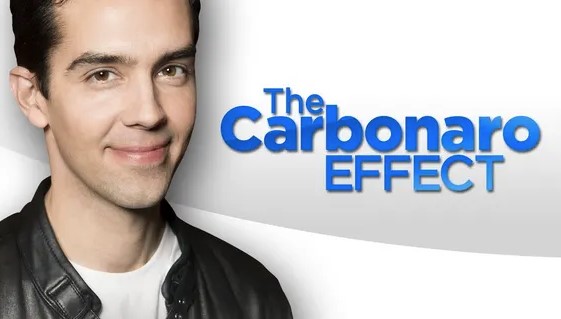 The Carbonaro Effect is coming back for its fifth season to truTV. The network has announced the return for the series, which features Michael Carbonaro. New episodes premiere on November 7 at 10pm EST/PST. The season will consist of eight half-hour episodes.

truTV revealed more about the return of The Carbonaro Effect in a press release. Check that out below.

“truTV’s hit series The Carbonaro Effect, starring comedian and prankster Michael Carbonaro, returns with its fifth season on Thursday, November 7 at 10:00pm ET/PT with more hilarious, mind blowing hidden camera magic than ever before. In these all-new eight half-hour episodes, viewers will watch in disbelief as Michael raises the spirt and body of a nun and takes the phrases “cat lady” and “grass fed beef” literally! Whether working at a bookstore, antique shop, or auditioning for his next big role, Michael’s hilarious and bewildering illusions leave audiences both scratching their heads and rolling with laughter!”

In the premiere episode, titled Cat Lady, Michael will have some issues singing and trouble with a shapeshifting tenant.

What do you think? Are you a fan The Carbonaro Effect? Will you watch season five?

I watch when episodes are on late night on WTAE; which was both Sat and Sunday late, which makes it really early the next day; but I noticed not on today! So, if I can’t watch on this channel or on streaming on youtube or Tubi; no, I prob will not be able to watch it! Though, I may see about getting cable for the coming Winter months! Julia T.