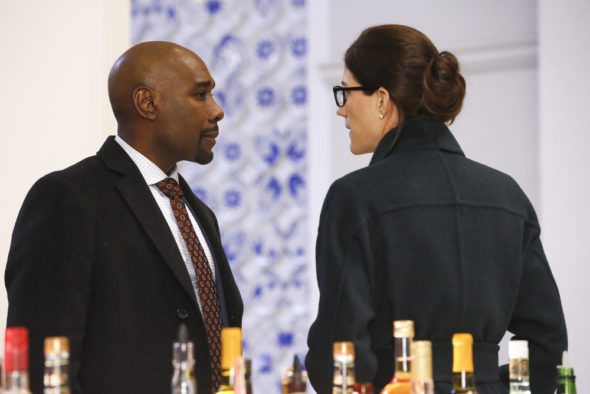 I am so sad about the enemy within… Where do we vote? Maube we can vote for it again?

Yes, I am disappointed. I loved it so much. It is unfortunate that the ratings have not been high enough to finance a second season. The competition is too fierce.

Get rid of some “reality 🙁 shows” & put Enemy Within back on!!

Very disappointed that it was cancelled. The good shows get cancelled and the lousy shows are renewed. Do these network executives know what they are doing? You can’t help but wonder!!

Loved it! Bring it back !

Boo! This was a great show. What are you thinking NBC

BIG MISTAKE cancelling this series. It’s rare that there is a series I can’t figure out who’s on the good side. I’m 75, so I guess the younger crowd doesn’t know how to enjoy real intrigue.

Loved the Enemy Within – looks like you canceled another really good series. I’m running back to cable! NBC doesn’t know what their viewers really like.

I have been waiting and waiting Ford to come back on this spring and now I see that it’s not coming back on. I thought it was exciting and had a great storyline. I’m very disappointed that they didn’t renew it.

This is hugely disappointing! The Enemy Within was great and thrilling to watch? Four of my most favorite shows have been cancelled or ended in the past year.

I’m very disappointed that another exciting series has been canceled and once again a waste of my time watching it only to be disappointed. It’s like reading a book but having the ending ripped out.

I am very disappointed to hear NBC decided to cancel Enemy Within. I don’t understand why, it was a great show. Lots of twist & turns, and a thriller of a show. Wish NBC would reconsider, although I already see that Morris Chesnuts has joined The Resident in Fox. NBC really messed up on cancelling the show.