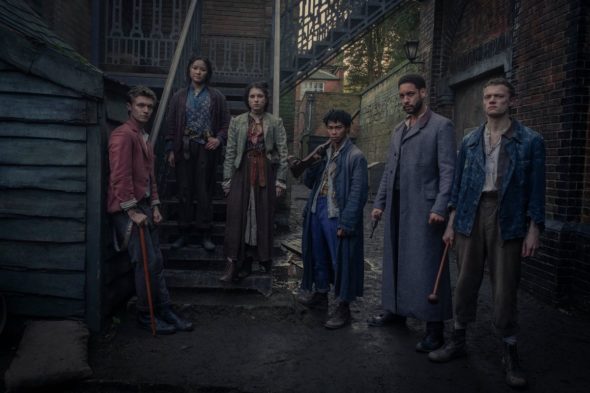 The Irregulars is coming soon to Netflix. The streaming service has released a trailer and announced a premiere date for the new supernatural crime drama based on the stories of Sherlock Holmes. The series follows a group of teenagers known as the Baker Street Irregulars who work for Dr. Watson solving cases, which are then credited to Holmes.

“Welcome to 19th-century London, where The Irregulars – a group of misfits, work to solve supernatural crimes at the behest of Dr. Watson and his elusive partner, Sherlock Holmes.”

The Irregulars arrives on March 26th. Check out the trailer below.

What do you think? Are you planning to check out The Irregulars TV show on Netflix?

Nope, not impressed. Another show aimed at teenagers.