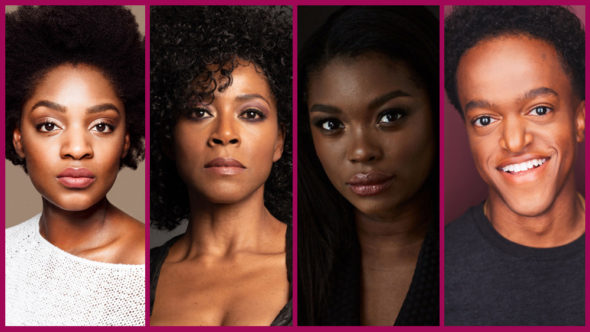 The Kings of Napa is coming soon to OWN, and four actors have been cast in lead roles of the drama. Ebonee Noel, Rance Nix, Karen LeBlanc, Yaani King Mondschein will star in the series which follows the lives of the Kings, a wealthy African American family who operate a vineyard in Napa Valley, California.

OWN revealed more about the casting of these actors in The Kings of Napa in a press release.  A launch date has not been announced.

“OWN: Oprah Winfrey Network announced today four cast members set to star in The Kings of Napa, the new drama from acclaimed writer/producer Janine Sherman Barrois (Claws, Self-Made: Inspired by the Life of Madam C.J. Walker) and Warner Bros. Television. Sherman Barrois, who created the series, will serve as showrunner and executive produce alongside Michelle Listenbee Brown (Love Is__, Real Husbands of Hollywood) and Oprah Winfrey. Academy Award® winner Matthew A. Cherry (Hair Love) will direct the first two episodes of the series.

The Kings of Napa is focused on a gorgeous and picturesque Napa Valley, California vineyard owned by the Kings, an aspirational African American family whose wealth and status lands them on the pages of design magazines and society pages. The wine business has brought the family success and acclaim, but following the patriarch’s sudden exit from the company, his three children must grapple for the reigns to the kingdom — to their own power, wealth, and legacy.

The series regulars include:

Ebonee Noel (FBI, Wrecked) plays the role of August King, the middle King sibling and the family’s brilliant marketing whiz. She is passionate about wine and always looking for new ways to expand the business.

Rance Nix (Zero Issue, Amsterdam Ave.) plays the role of Dana King, August’s older brother and the savvy CFO of the winery. He and August often butt heads when it comes to the family business.

Karen LeBlanc (Ransom, Jack Ryan) plays the role of Vanessa King, the matriarch of the King family. Vanessa is a former news reporter who gave up her career to help run the winery in Napa. She and her husband Reginald seemingly had a picture-perfect marriage — until she discovered things about his past.

Yaani King Mondschein (For All Mankind, Bad Hair) plays the role of Bridgette Peele, August’s cousin and right hand who works as the vineyard manager for King Estate Wines. When secrets threaten to change the family forever, her life turns upside down.”

What do you think? Will you check out The Kings of Napa TV series on OWN when it eventually premieres?

Why do all black dramas have the father doing something sketchy or just being removed so that the rest of the family has to react? Is this saying something about the black man’s role with his family?