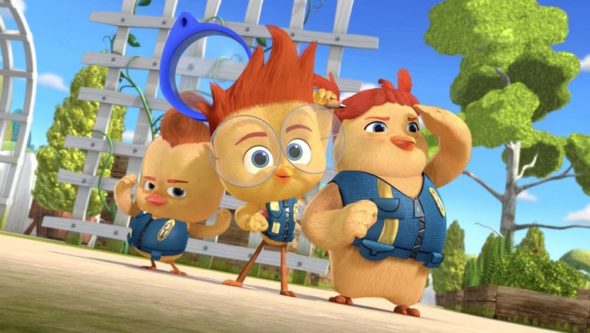 The Chicken Squad is coming soon to Disney Junior, and the cable channel for kids has released a preview for the new animated series. The show is based on the popular children’s books by Doreen Cronin.

Disney Junior revealed more about The Chicken Squad in a press release.

“Disney Junior’s egg-citing new animated comedy-adventure series The Chicken Squad premieres FRIDAY, MAY 14 (7:30 P.M. EDT/PDT), with two back-to-back episodes on Disney Junior and DisneyNOW. Inspired by Doreen Cronin’s popular children’s books, the series follows a trio of young chicken siblings – Coop, Sweetie and Little Boo – and their retired search and rescue dog mentor, Captain Tully. Together, they team up on problem-solving adventures in their backyard to help their animal friends, while modeling what it means to be good community helpers and finding the joy in assisting others. A digital soundtrack, “Disney Junior Music: The Chicken Squad,” featuring the theme song and music from the series is also set for release Friday, May 14, on Walt Disney Records.

Whether rescuing a stranded puppy from a creek, helping a bird track down its missing food, or solving the mystery of how their mom’s prized flowers got trampled, the Chicken Squad is always ready to lend a helping wing. Each episode, comprised of two 11-minute stories, features the recurring “Chicken Charge” anthem that the chickens sing upon determination of a new mission and at least one new original song that showcases a variety of musical styles ranging from pop and R&B to country, hip-hop and electronic.

Check out the preview for The Chicken Squad below. 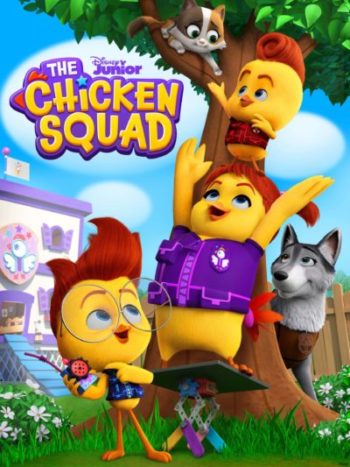 What do you think? Do you plan to check out The Chicken Squad on Disney Junior when it arrives next month?