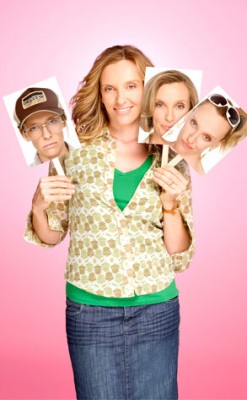 I, among many MANY MANY other people would kill to see another season of “The United States of Tara.” the acting was (sorry for the language) ******* PHENOMENAL!!!!!! I’ve never seen another TV show remotely like this. I was extremely disappointed to find out that there would be no more episodes or seasons, and I sincerely hope that production or whoever decides these things will reconsider! There is obviously a HUGE following for this show It’s important, as well, to the community of people who suffer or know someone with a mental illness, as well as framing it in a… Read more »

I can’t believe your canceling the show after 3 seasons! Im so disappointed. I was really looking forward to another season. This is such a binge worthy show! Please don’t quit John and Toni! I love this show its so cool and so real life. Mental illness is something not shown on tv shows very often DID is real so is bipolar which is what I suffer from. I wish some people would gain an understanding rather than judging people. Not everyone or household is functional and kosher like the American Dream. Muah for 3 lovely seasons of someone that… Read more »

Would love to see a 4th season..unanswered questions. .does tara get better …what can we learn about d.i.d..and how to deal with it..is there a cure..why did she develop these specific characer types…the list goes on…

Noooo! This show is awesome. I binged watched on Netflix. Bring it back!

I just finished the series and I am so bummed their isn’t a season 4!

I’ve just binge watched this excellent & well written/acted series. What a ride from start to…no season 4! A seemingly modern balanced family with issues is forced to maintain balance with a MP mom, mother, sister. From comedy to near tragedy to hope, this series should be renewed or picked up by another carrier.

Very sad to hear about US of Tara being cancelled! I have been watching it on Showtime on Demand and I love it!

Bah! I love this show soooo much!! Toni Collete is SUCH a talented actress, she was AMAZING playing this role. I am so incredibly sad to see that it ended at Season 3, they could have gone another several seasons and I would have been there to watch every single one at LEAST three times! Also, John Corbett was/is sexy as hell. And I aint gonna lie… I’d do Buck too lol **** Nurse Jackie, that show has NOTHING on USOT! We miss you, Tara!!