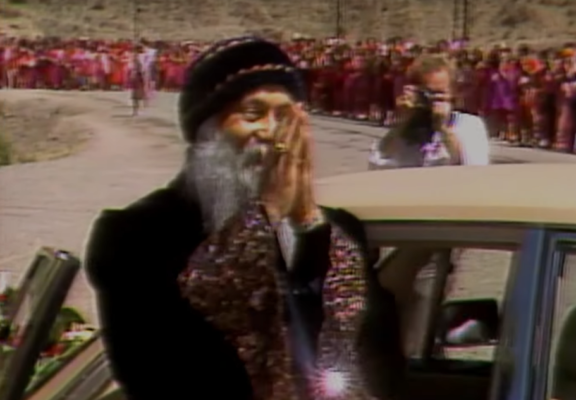 “I don’t think America has a place for these people.” Netflix has released a new trailer for their upcoming TV show Wild Wild Country.

Executive produced by Mark and Jay Duplass, the docuseries explores the history of Rajneeshpuram, a utopian community built in rural Oregon that led to the first bioterror attack in US history.

When the world’s most controversial guru builds a utopian city in the Oregon desert, a massive conflict with local ranchers ensues; producing the first bioterror attack in US history, the largest case of illegal wiretapping ever recorded, and the world’s biggest collection of Rolls-Royce automobiles. Over six episodes, Directors Chapman Way and Maclain Way (The Battered Bastards of Baseball) and executive producers Mark and Jay Duplass (Duplass Brothers Productions) take viewers back to this pivotal, yet largely forgotten moment in American cultural history, one in which our national tolerance for the separation of church and state was sorely tested. Wild Wild Country is historical filmmaking brought to life on an epic scale. It’s a tale so wild that seeing means barely believing.”

What do you think? Are you a fan of docuseries? Will you watch Wild Wild Country?