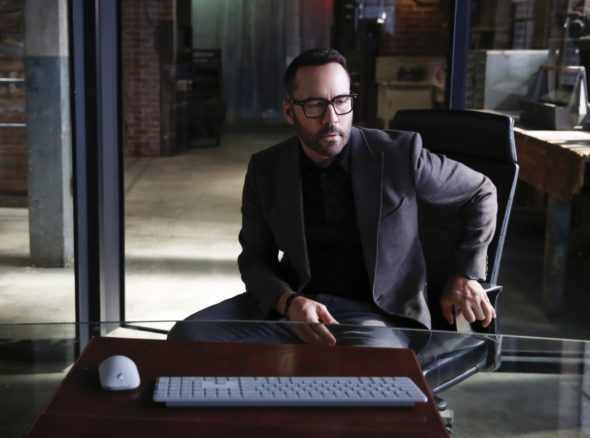 Despite ordering three additional scripts (i.e. not episodes) at the beginning of the month, it looks the Wisdom of the Crowd TV show on CBS will be cancelled. The network has declined to order any additional episodes, leaving the final season one episode count at 13.

The crime drama is slated to wrap production on its 13-episode original order in mid-December. Nine of them already have aired. For now, the plan is for the remaining four to continue to air in the series’ Sunday slot.

The back order decision on Wisdom of the Crowd, delayed almost to the last possible moment, had been being complicated by an investigation CBS recently launched into sexual harassment allegations against star Jeremy Piven. To keep the writers room open, the network had ordered three additional scripts.

While Piven has vehemently denied any allegations, more and more women have come forward, most recently a former Entourage extra who claimed over the Thanksgiving break that the actor sexually assaulted her in 2009.

The first season of Wisdom of the Crowd is averaging a 0.97 rating in the 18-49 demographic and 7.45 million viewers. When sorted by its demo numbers, Wisdom of the Crowd ranks 17th of the 21 scripted CBS TV shows we’re currently tracking. When sorted by total viewership it rises to 11th place. Even without the off-screen concerns, it is possible CBS would have passed on additional episodes.

What do you think? Have you been watching the Wisdom of the Crowd TV series? Should CBS cancel or renew it for season two? Sound off, in the comments.

Thoughtful and provocative, groundbreaking dare I say, no the show should not be canceled. You set up a great number of storylines for new viewers to get hooked on and for momentum of the series to build. Foolish.

If you chose not bring back Jeremy Piven, please at least replace him with a seasoned actor to continue this show. It’s worth keeping.

I absolutely love “Wisdom of the Crowd”. My extended family does as well! None of us could believe when we heard it may not return. A shame not only for us, being left hanging but for all those you put OUT OF WORK!!!

I watched all the series in season 1. It shdn’t be cancelled just because of the allegations made towards the personal life of the actor. I’m looking forward to watch the season 2 & hope to know the end of Mia’s case. Do reconsider the decision & let it be aired again with the new episodes

It’s disgusting to end a career amid Allegations! Love the show, want to know who did it!! Prove that he is guilty, if he is then cancel the show. This is going too far!tiJFG