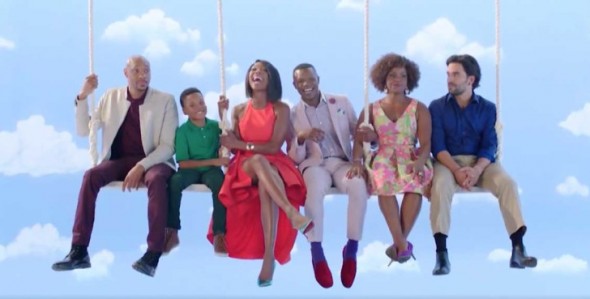 Zoe is recently divorced from famous boxer Gemini Moon (Dorian Missick) and feels like she’s finally ready to step out her ex-husband’s shadow and do things on her own terms. She also wants to show her eight-year-old son, Xavier (Jaylon Gordon), that anything is possible.

As nice as that sounds, Zoe finds it very challenging to balance motherhood, dating, a complicated relationship with Gemini, and realizing her dream of running her own cosmetics line.

What do you think? Do you like the Zoe Ever After TV show? Do you think it should be cancelled or renewed for another season?

I really enjoyed watching the show. I hope it does renew.

Renewed,…… It was funny, great, can’t complain, great cast member waiting for it to come back on, wonderful concept…… Make morw episodes…..

I hope it stays, it’s a great TV show, why stop it. Plus we didn’t really get into it fully!!!!

Renewed the Show i love it

I hope the show returns!!

its a funny show love it