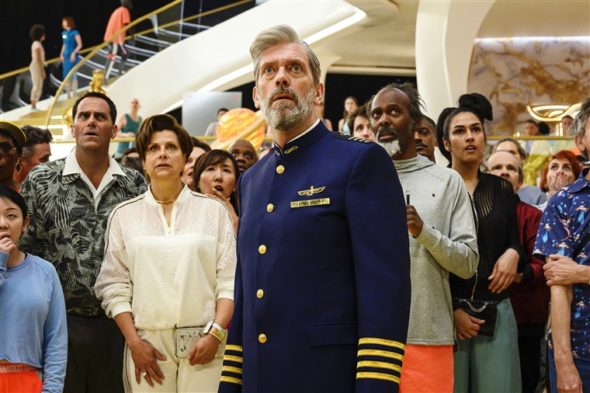 The second season of Avenue 5 has yet to receive a premiere date but the HBO comedy has reportedly been cancelled already. The show is highly unlikely to be renewed for a third season as the cast has already been released from their contracts, per Deadline. Starring Hugh Laurie, Josh Gad, Zach Woods, Nikki Amuka-Bird, Rebecca Front, Lenora Crichlow, Suzy Nakamura, and Ethan Phillips, the series is set in the future where space travel is a booming business.

The following was said about the likely cancellation of the HBO series:

Season 1 of Avenue 5, Iannucci’s followup series to the Emmy-winning Veep, premiered in January 2020 and was renewed for a second season in February of that year, just a couple of weeks before the start of the coronavirus pandemic. Filming on the new season, delayed by Covid, finally got underway in August 2021 and wrapped in November.

Given the time that has passed, the options on the cast, led by Hugh Laurie, came up, and the actors were released, sources tell Deadline. Some of them have moved on, signing as series regulars on new shows.

This is not the only space comedy series that won’t see a third season. In April, Netflix cancelled Space Force after two seasons.

What do you think? Are you looking forward to watching the second season of Avenue 5 on HBO? Do you think that you would have watched a third season?