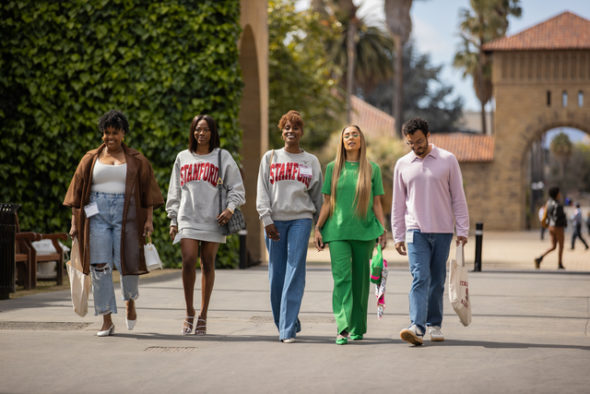 Will the ladies find their happy endings? Has the Insecure TV show been cancelled or renewed for a sixth season on HBO? The television vulture is watching all the latest cancellation and renewal news, so this page is the place to track the status of Insecure, season six. Bookmark it, or subscribe for the latest updates. Remember, the television vulture is watching your shows. Are you?

Airing on the HBO cable channel, Insecure stars Issa Rae, Yvonne Orji, Jay Ellis, Natasha Rothwell, Amanda Seales, Kendrick Sampson, and Courtney Taylor. The TV show centers on friends Issa (Rae), Molly (Orji), Lawrence (Ellis), and Tiffany (Seales) as they deal with their own real-life flaws. They attempt to navigate different worlds and cope with an endless series of uncomfortable, everyday experiences. In season five, the show continues to follow the favorite characters as they evaluate their relationships, both new and old, in an effort to figure out who and what comes with them in this next phase of their lives.

The fifth season of Insecure averaged a 0.09 rating in the 18-49 demographic and 261,000 viewers. Compared to season four, that’s down by 50% in the demo and down by 38% in viewership in the live+same day ratings (including DVR playback through 3:00 AM). While these numbers don’t include further delayed or streaming viewing, they are a very good indicator of how a show is performing, especially when compared to others on the same channel. There can be other economic factors involved in a show’s fate, but typically the higher-rated series are renewed and the lower-rated ones are cancelled. Find out how Insecure stacks up against other HBO TV shows.

We don’t have to wonder if HBO will cancel the Insecure TV show since it’s already been announced that season five is the end. Could the show return someday? Subscribe for free alerts on Insecure cancellation or renewal news.

What do you think? Are you sorry that the Insecure TV show won’t have a sixth season on HBO?