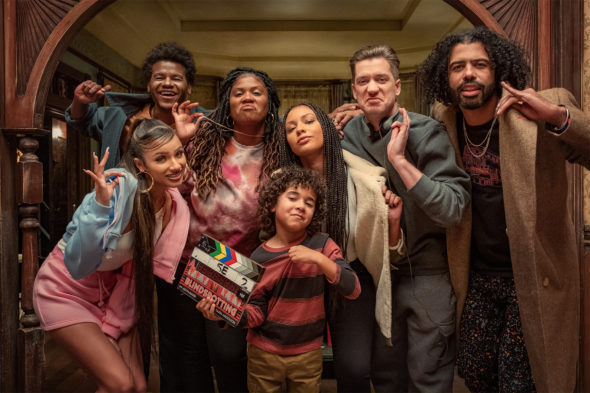 Blindspotting is continuing on! Starz has renewed the dramedy series for a second season. Inspired by the feature film of the same name, the series stars Helen Hunt, Benjamin Earl Turner, Atticus Woodward, Jaylen Barron, Candace Nicholas-Lippman, and Jasmine Cephas Jones. The TV show picks up six months after the end of the film.

Starz revealed more about the return of Blindspotting in a press release.

“Blindspotting, the electrifying breakout dramedy that debuted to critical acclaim, has been renewed by STARZ for a second season. Certified Fresh at 100% on Rotten Tomatoes, the half-hour series is executive produced by Rafael Casal and Daveed Diggs. Casal also leads as the series showrunner and returns to reprise his role as “Miles.”

“The award-worthy artistry and creativity that Rafael, Daveed and the entire Blindspotting team poured into the series took the comedy genre to a new level and I can’t wait to see what they have in store for season two,” said Jeffrey Hirsch, President and CEO at STARZ. “The series deservedly garnered critical acclaim and is a wonderful example of our programming mandate focused on unique, authentic stories by, about and for women and underrepresented audiences.”

From Executive Producers Rafael Casal and Daveed Diggs: “We are overwhelmed by the outpouring of love for Season 1, and have been hard at work for the last few months crafting the next chapter of this Bay story. We are so excited to bring the next season to life with the incredible artistry of our cast and crew, and our partners STARZ and Lionsgate. They done fucked around and gave us more runway, so welcome back to the ordeal!”‘

A premiere date for Blindspotting season two will be revealed at a later time.

What do you think? Are you excited to see more of Blindspotting on Starz?