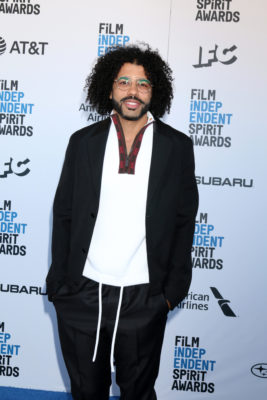 Blindspotting is coming to the small screen. According to The Hollywood Reporter, Starz has ordered a new TV show based on the 2018 movie.

From writers, stars and producers Daveed Diggs (pictured) and Rafael Casal, the series “centers on Ashley (Jasmine Cephas Jones), who was nipping at the heels of a middle class life in Oakland until Miles (Casal), her partner of 12 years and father of their son, is suddenly incarcerated. She then has to navigate a chaotic and humorous existential crisis when she’s forced to move in with Miles’ mother and half-sister.”

Starz has not yet announced a premiere date for Blindspotting. Read Casal and Diggs’ statement below:

Let us put you up on game, bruh. No description will encompass the complexity of a Blindspotting series, ya dig? So just get juiced, cuz it stars Jasmine Cephas Jones, it’s set in Oakland and we’re making it, so it’s lightweight finna to be hella good and the soundtrack will indeed slap. OH BOY!”

What do you think? Have you seen the movie Blindspotting? Will you watch the Starz series?