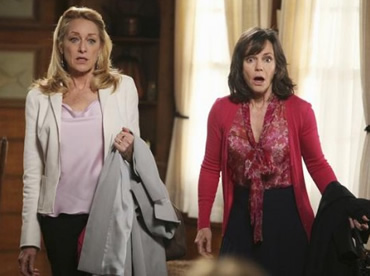 I am so in love with this show, please keep it running. Brothers & Sisters is the best show, it brings perspective about life, family, love and reality.

Please bring the show back — it use to be on ABC and now they have this PanAm show on — not interested in that. Bring Brothers & Sisters back

Please bring Brothers and Sisters back ,That is one of my favorite family shows.Ive have been waiting and looking for it on Sunday nite.i have never miss any of there shows.

I have been waiting and waiting for Brothers and Sisters to come back to Sunday night. It was one of my fav shows on Sun night. I just love the Walker clan. Please please bring it back!!! My Sunday nights just aren’t complete w/out it!!

I will be very disappointed if ABC does not renew it contract for another season. It is one of my favorite Sunday nite tv series. Please bring it back.

Please bring it back on it is the only family series that my children can watch. Thats what is wrong now days they are taking away from all the family shows and putting on shows that are doing alot of cursing and bed sleeping. So please don’t take the only family show away.

Miss Brothers and Sisters. Please bring it back. It’s not Sunday without it.

USED TO BE ON SUNDAYS AT 10PM. NOW PAN AM PLEASE BRING BROTHERS AND CSISTERS BACK. ONE OF MY FAVS………..