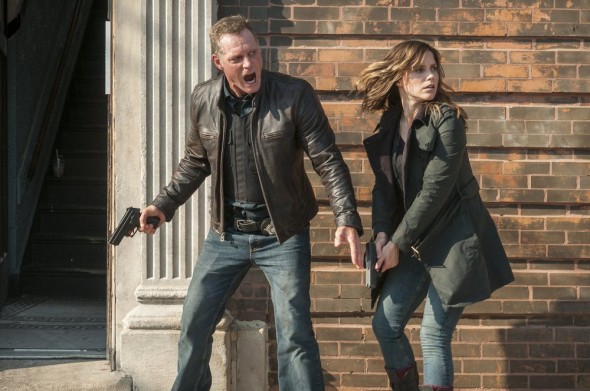 According to Deadline, NBC and Wolf Entertainment investigated Beghe last year after several Chicago PD cast and crew members complained of inappropriate behavior (including sexual harassment) coming from the actor. Recently, the network released a statement about the incident, saying action was taken after the investigationNBC

When it was brought to our attention that there were concerns about inappropriate behavior on set, we promptly began an investigation in partnership with Human Resources and all parties involved. As a result of the investigation, we have already taken action, and it is a situation we continue to monitor very closely to ensure all of our employees feel safe and supported.”

Beghe too released a statement, apologizing for his behavior:

I am deeply sorry for my behavior, which I know has been hurtful to my friends and colleagues. I have struggled with anger issues for some time, and over the past year, I have been working with a coach to help me learn how to mitigate my temper. It’s an ongoing process, and it has been a humbling one.”

What do you think? Do you watch Chicago PD? Do you think Beghe should leave or continue on the show?

No, I don’t think he should leave the show. It would kill the show. Hopefully he been doing better with other issues on set.

No I dont think he should leave the show!!! He owned up to this behavior!!! And what Ive read that he’s got a coach that’s helping him!!! May he should seek some counselling!!! But his character as well as Elias is awesome!!!

I dont think he sould leave the show!! Hank and Al are strictly about business on this show and they dont have love interest with fellow women police officers that may cloud their judgement!!! That’s why I watch this show!!! Btw I just started about 3 weeks ago!!!