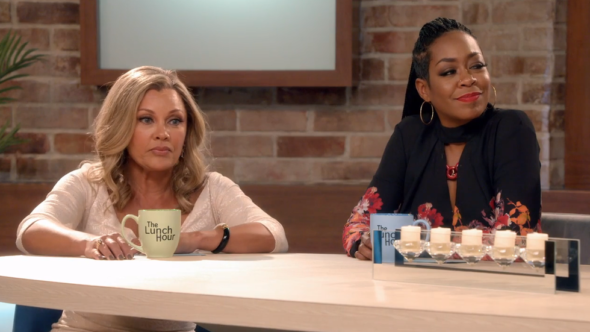 The Daytime Divas are calling it quits. TVLine reports VH1 has cancelled the TV show after only one season.

The cancellation doesn’t come as a huge surprise. Ratings for Daytime Divas were never impressive. The VH1 series’ first season earned an average rating of .43 in the 18-49 demo and only 1.001 million viewers.

What do you think? Did you watch Daytime Divas? Are you sad it’s been cancelled?

Yes I watched it yes I am upset it did not get a chance. This makes me mad

Oh no…. wtf..!!! Is this but why did you cancel it.. thats quite awesome and interesting show with nice couples and different types of women characters..with such beautiful understanding script

Omg!!! I love this show And was really
Looking forward to to season 2 I been looking for it on my TV on search ain’t been able to find it and now I know why

Very disappointed to learn Daytime Divas cancelled. Was looking forward to season 2. I thought the show was great. It made me laugh and characters were interesting, and loved seeing a show with so many strong female roles. We need more shows like this, not less!

this was the only show that I watched on Vh1; figured that it would get cancelled. Now I have no reason to watch this network.

I loved this show. Sometimes you cannot go by the first season. Who wouldn’t want to see the beautiful Vanessa Williams weekly? Most of the time you need the second season to really see where a show is going. I am so disappointed with NBC

I am so disappointed the this show has been cancelled. This was one of the very few shows that my daughter and I watch together.

I am so sad to hear that daytime divas has been cancelled. I was really looking forward to season 2. I loved season 1. Vanessa Williams is great as usual.

I am so upset about that, that was one of the best shows playing last summer, so sad to see it go, I was really hoping it would come back.

I loved daytime divas so much & so sad. I was waiting for season 2.