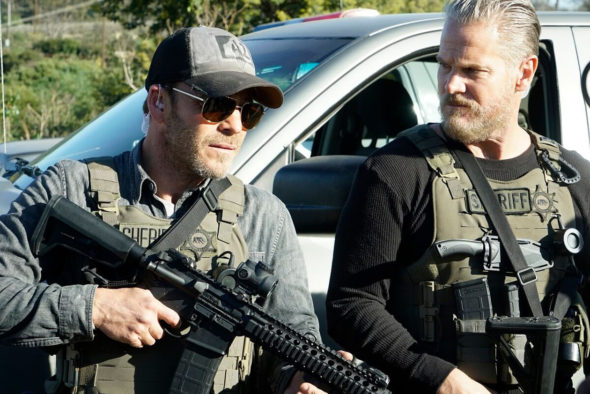 It looks like its case closed for fans of the Deputy TV series. FOX has decided not to order a second season of the Thursday night TV show for the 2020-21 season.

The first season of Deputy averaged a 0.58 rating in the 18-49 demographic and 3.67 million viewers.  Deputy had a mediocre start in the ratings when it launched in January but the ratings slid downward over the course of the season. The show’s 13th and final installment aired last week.

Deputy is FOX’s second-lowest rated dramatic series of the season. The lowest-rated drama, Almost Family, has already been cancelled.

For information about the other ending or cancelled TV shows of the 2019-20 season, check out our updated list.

What do you think? Have you seen the Deputy TV series? Would you have watched season two?

Just watched season 1 just to notice there wont be more seasons, that sucks. This serie was really good and was hoping to see 2 or 3 seasons more…

We’d record this so when the hubby got home from the road we could watch it together. One of our favorites. We couldn’t wait until the next episode. We’re so disappointed it won’t continue. I believe it would’ve been one of those shows that would slowly grow on people then be another America’s favorite. Like the network would’ve folded under keeping this show on. Greedy buggers

Is FOX network really serious about canceling DEPUTY? This was becoming my second favorite series that was very upcoming in my book. It was a great show and the way it ended just left everyone hanging which is just not right. There was so much more to be discovered in this show. So needless to say I have been anxiously awaiting to hear about season two thinking it hadn’t happened because of the Covid epidemic. Wrong decision about this show, and tell Stephen Dorff that that he is our hero and all of us will keep fighting for him to… Read more »

I really enjoyed this series and was looking forward to seeing season 2.

Wow !!! I cant believe the drama show is canceled after 13 episodes
Season 1, i watched them all and i was expected Season 2,come on some one out there in movie world make season 2,interesting drama show.
its like canceling ray donovan but there bringing him back for Season 8 next year 2022,Ive never seen a show that would be cancel after Season 1,big dissapointment.

Wow!!! Cant believe they aren’t going to renew this show.
Have been watching it religiously for 13 weeks here in Australia and loved every episode. This show has plenty more to offer and the cast have real chemistry. Please Fox,don’t leave this show hanging.