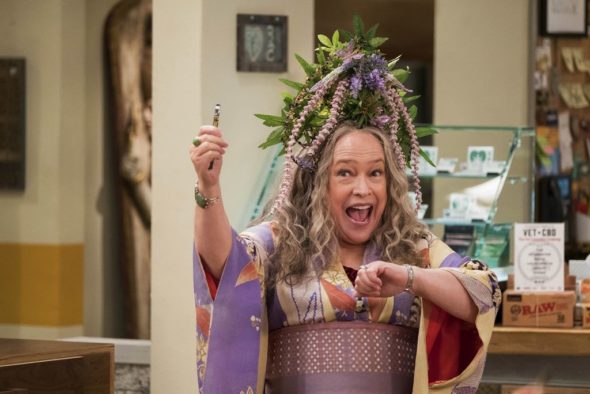 Disjointed has been discontinued. Deadline reports Netflix has cancelled the TV show after two seasons and 20 episodes.

Netflix has not released ratings for Disjointed, but you can see cast member Michael Trucco’s reaction to the cancellation below:

What do you think? Have you seen Disjointed? Would you have watched season three? Are you sad to see the series go?

I thought the show was hilarious, sad that the show is not coming back. Why?