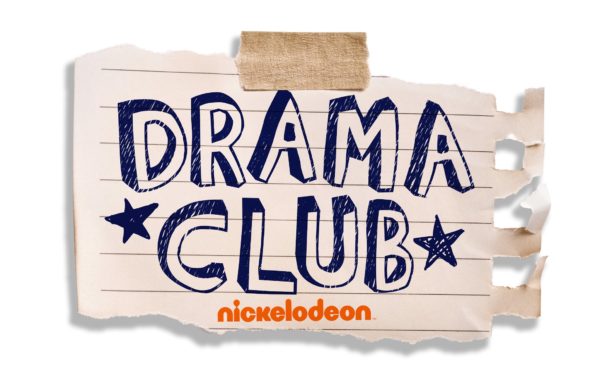 Drama Club is coming soon to Nickelodeon. The mockumentary comedy series will premiere on March 13th and a preview has been released. Telci Huynh, Nathan Janak, Lili Brennan, Kensington Tallman, Chase Vacnin, and Artyon Celestine star in the new show which follows a group of middle schoolers and the drama in their drama club.

“The curtains have risen on Nickelodeon’s new mockumentary-style comedy series Drama Club. From creators and executive producers Monica Sherer and Madeline Whitby (All That, Betch), the series follows a group of middle schoolers as they shine a light on the inner workings of their school’s overlooked drama club. Drama Club (10 half-hour episodes) premieres digitally on the Nick app and Nick.com on Saturday, March 13, followed by an encore presentation airing on Nickelodeon on Saturday, March 20, at 8:30 p.m. (ET/PT).

In the premiere episode of Drama Club, the Tookus Middle School Drama Club has a new student director who is excited to take over, change the school’s perception of the club, and earn their new principal’s support. However, when their choreographer suffers an injury, the kids quickly realize that their only hope to save the situation is to turn to a rival on their school’s beloved football team for help.

Drama Club stars Telci Huynh (God Friended Me) as “Mack,” Nathan Janak (All That) as “Oliver,” Lili Brennan (Silicon Valley) as “Darcy,” Kensington Tallman (Side Hustle) as “Bianca,” Chase Vacnin (The Many Saints of Newark) as “Bench” and Artyon Celestine (Dancing with the Stars: Juniors) as “Skip.”

Check out the preview for the new series below.

What do you think? Do you plan to check out the new Drama Club TV series on Nickelodeon later this month?