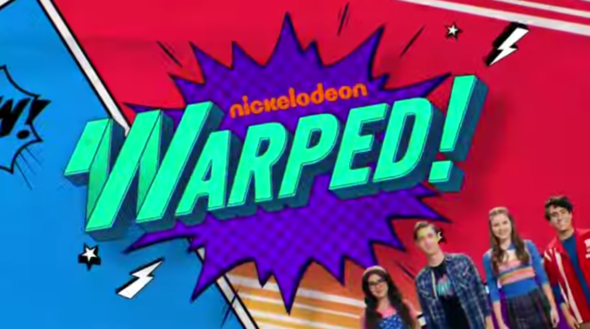 Warped! is coming to Nickelodeon next month. The cable channel has set a premiere date for the new live-action comedy series which follows a pair of young people (Anton Starkman and Kate Godfrey) who work at a comic book shop. During their time working together, they become friends and start to collaborate on a graphic novel.

In Warped!, Milo (Anton Starkman), the beloved head geek at a popular strip-mall comic book shop, Warped!, finds his world disrupted when his boss hires a new employee. With the quirky and excitable Ruby (Kate Godfrey) now on the payroll, the two form an unlikely alliance to create the world’s greatest graphic novel. Joining them in their adventures are Darby (Ariana Molkara), a smart and fashion-forward friend who is always there to lend a hand, and Hurley (Christopher Martinez), a neighboring pizza shop employee who spends his time coming up with brilliant culinary creations.

Check out a preview for Warped! below.

What do you think? Are you excited to check out Warped! on Nickelodeon next month?