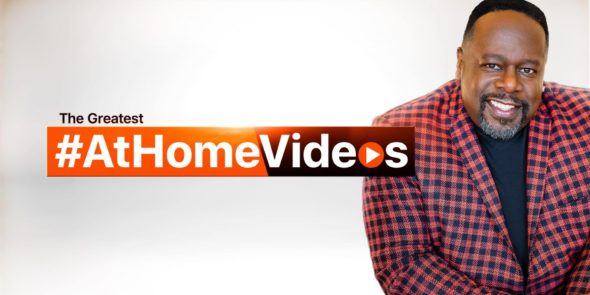 This CBS series began during the early days of the pandemic and ended up winning its timeslot in total viewers. Is there still an audience for the show now that things are opening up? Will The Greatest #AtHome Videos be cancelled or renewed for season three? Stay tuned.

The Greatest #AtHome Videos TV series is hosted by Cedric the Entertainer. The series showcases home videos that reflect the creativity, humor, and humanity of people in their own living spaces. Season two showcases an evolution of the series, featuring new video categories that reflect the world as it continues to reopen. For each video selected as part of the show, CBS gives a monetary donation toward a qualifying charity of the participant’s choice. Second season guests include Paula Abdul, Anthony Anderson, Max Greenfield, George Lopez, Daniela Ruah, and J.B. Smoove.

For comparisons: Season one of The Greatest #AtHome Videos on CBS averaged a 0.42 rating in the 18-49 demographic and 3.50 million viewers in the live+same day ratings.

What do you think? Do you like The Greatest #AtHome Videos TV series on CBS? Should it be cancelled or renewed for a third season?