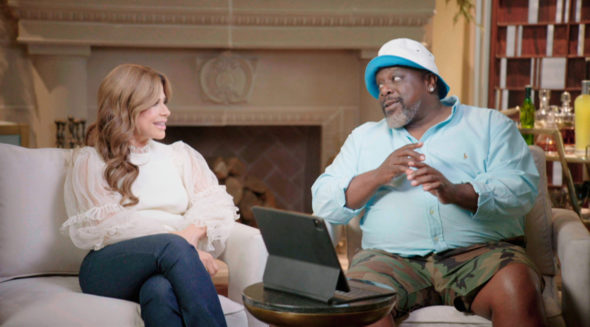 Is there room for another home video series? Has The Greatest #AtHome Videos TV show been cancelled or renewed for a third season on CBS? The television vulture is watching all the latest cancellation and renewal news, so this page is the place to track the status of The Greatest #AtHome Videos, season three. Bookmark it, or subscribe for the latest updates. Remember, the television vulture is watching your shows. Are you?

Airing on the CBS television network, The Greatest #AtHome Videos TV series is hosted by Cedric the Entertainer. The series showcases home videos that reflect the creativity, humor, and humanity of people in their own living spaces. Season two showcases an evolution of the series, featuring new video categories that reflect the world as it continues to reopen. For each video selected as part of the show, CBS gives a monetary donation toward a qualifying charity of the participant’s choice. Second season guests include Paula Abdul, Anthony Anderson, Max Greenfield, George Lopez, Daniela Ruah, and J.B. Smoove.

The second season of The Greatest #AtHome Videos averages a 0.2s rating in the 18-49 demographic and 2.14 million viewers in the live+same day ratings (includes all DVR playback through 3:00 AM). Compared to season one, that’s down by 48% in the demo and down by 39% in viewership in the live+same day ratings (including DVR playback through 3:00 AM). While these numbers don’t include further delayed or streaming viewing, they are a very good indicator of how a show is performing, especially when compared to others on the same channel. Though other economic factors are involved, the higher-rated shows usually get renewed and the lower-rated ones get cancelled. Find out how The Greatest #AtHome Videos stacks up against other CBS TV shows.

Will CBS cancel or renew The Greatest #AtHome Videos for season three? This show began during the early days of the pandemic and was apparently popular (and inexpensive) enough to be renewed. The ratings are low but the network could order a third season just to have on hand to fill in gaps in the schedule. I’ll update this page with breaking developments. Subscribe for free alerts on The Greatest #AtHome Videos cancellation or renewal news.

What do you think? Do you hope that the The Greatest #AtHome Videos TV show will be renewed for a third season? How would you feel if CBS cancelled this TV series, instead?

There are some really great videos. And very new ones too