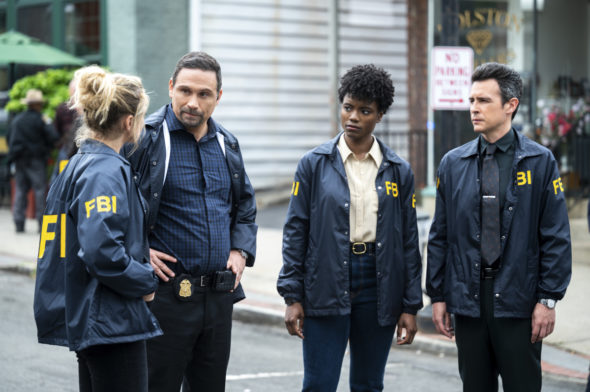 CBS has made a change to tonight’s schedule. The network has pulled the fourth season finale of FBI and replaced it with a rerun.

Tonight’s episode of FBI, titled “Prodigal Son”, has been pulled following this afternoon’s news that an 18-year-old gunman killed 18 children and at least one teacher at an elementary school in Uvalde, Texas. The FBI finale revolves around the team trying to prevent a school shooting:

As the team investigates a deadly robbery that garnered a cache of automatic weapons for the killers, they discover one of the perps is a classmate of Jubal’s son, who is reluctant to cooperate with the case.

The FBI finale will likely air at a later date and tonight’s season finales for FBI: Most Wanted and FBI: International will air as planned. All three shows have been renewed for next fall.

What do you think? Are you disappointed that the FBI’s season finale episode won’t air tonight? Do you enjoy the Tuesday night line-up of FBI shows?

I am disappointed that it isn’t going to air, but understand why. I hope it airs soon though, this is 1 of my most favorite shows!! I’m so glad they’ve all been renewed.

Setting aside the over reaction and not allowing users to decide what they watch, instead of some form of corporate mommy, the irony of the episode that was shown opens with the ramraiding of a GUN store!

If only I could really express what I would like to say to the CBS executives but sadly that would require rather a lot of expletives (even though in context and justified based on what they actually aired).

Understandable why they did it, I guess…

Thank Hell it wasn’t a cross-over with the other two shows… which is something Dick Wolf likes to do with his season finales now and then.

Not sure if it will come through on the HellCable feed or not. They aren’t always completely in sync with the networks up there.