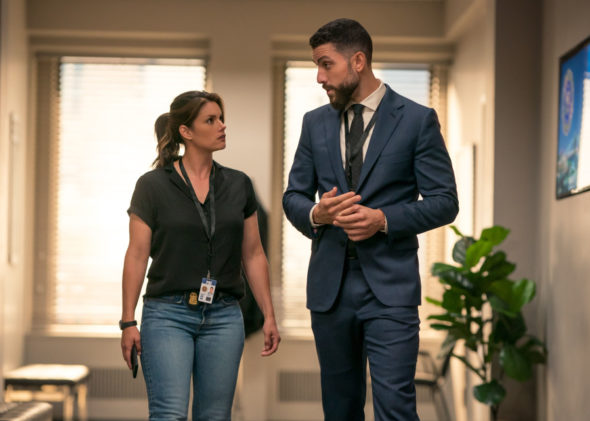 What big threats are coming in the fourth season of the FBI TV show on CBS? As we all know, the Nielsen ratings typically play a big role in determining whether a TV show like FBI is cancelled or renewed for season five. Unfortunately, most of us do not live in Nielsen households. Because many viewers feel frustrated when their viewing habits and opinions aren’t considered, we invite you to rate all of the fourth season episodes of FBI here. Status Update Below.

What do you think? Which season four episodes of the FBI TV series do you rate as wonderful, terrible, or somewhere between? Do you think that FBI should be cancelled or renewed for a fifth season on CBS? Don’t forget to vote, and share your thoughts, below.

Always watch the FBI shows but drives me crazy that writers & directors are too lazy to come up with original methods to stop/catch suspects. Every damn week, the shows have a stupid scene where they find the suspect & then yell at & alert him from 30-80 feet away, “FBI! We need to talk to you!” & of course, the perp has a head start & runs. Same chase scene every episode.
Boring boring boring! I’d shoot an agent for being so stupid!
Not realistic at all.

Really hope FBI and FBI Most Wanted are RENEWED!!!

Loosing interest in the show when Maggie and AO were no longer the main agents. They were the best. Show isn’t as good as it used to be. Sad

What’s happening to Maggie and AO. They used to be the main agents and now they seem to be supporting cast. I miss them.