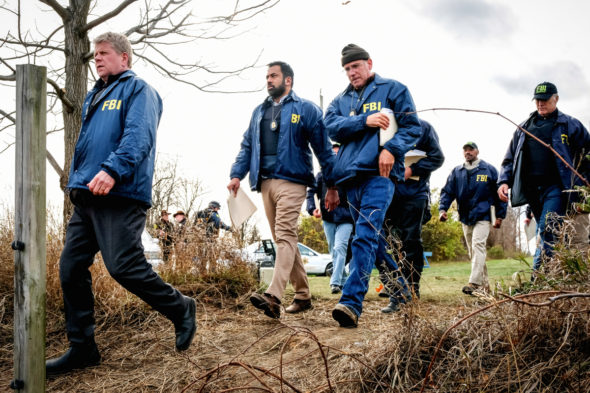 Can Agent Starling escape her past in the first season of the Clarice TV show on CBS? As we all know, the Nielsen ratings typically play a big role in determining whether a TV show like Clarice is cancelled or renewed for season two. Unfortunately, most of us do not live in Nielsen households. Because many viewers feel frustrated when their viewing habits and opinions aren’t considered, we invite you to rate all of the first season episodes of Clarice here.

A CBS psychological crime and horror series, the Clarice TV show stars Rebecca Breeds, Michael Cudlitz, Lucca de Oliveira, Kal Penn, Nick Sandow, Devyn Tyler, and Marnee Carpenter. The series is a deep dive into the untold personal story of FBI Agent Clarice Starling (Breeds) as she returns to the field in 1993, one year after the hunt for serial killer Buffalo Bill (Simon Northwood). Brilliant and vulnerable, Clarice’s bravery gives her an inner light that draws monsters and madmen to her. However, her complex psychological makeup — which comes from a challenging childhood — empowers her to begin to find her voice while working in a man’s world. It also helps her begin to escape the family secrets that have haunted her throughout her life.

What do you think? Which season one episodes of the Clarice TV series do you rate as wonderful, terrible, or somewhere between? Do you think that Clarice should be cancelled or renewed for a second season on CBS? Don’t forget to vote, and share your thoughts, below.

I love the show. The show is much better than the reality tv shows they have on TV. I am sick of all the reality shows need some real actions and suspense.

PLEASE RENEW CLARICE! THIS IS AN AWESOME SHOW!!! All the crappy reality shows stay on the stations & they get rid of all the great shows like CLARICE!

PLEASE DO NOT CANCEL

Totally enjoy Clarice I think Rebecca Breeds does an excellent job capturing the character Clarice. Really would be pleased to see the show continue. I can see it getting as good as Criminal Minds.

I love Clarice!!! Iwould pay to watch it.

Me & my friends totally are in Love with “CLARICE”. Please renew the series.
I’ve been sad every Thursday at 9p , that CLARICE is not back in, yet.
PLEASE RENEW THE SERIES, PLEASE
PLEASE PLEASE♥️♥️♥️♥️♥️♥️♥️♥️

Clarice is an excellent “don’t miss” offering, with a terrific cast, absorbing story line, and deserves to be renewed or continued by Netflix or Amazon or Paramount +, all of which I subscribe to. The main television channels rarely offer such compelling, well written drama, and instead are heavy into the far less costly Reality programming… Even their top shows, which have been on for years are getting more ho hum with every passing year. No wonder people are abandoning their cable television for more quality subscription offerings. I have several of the latter already and am strongly considering abandoning… Read more »