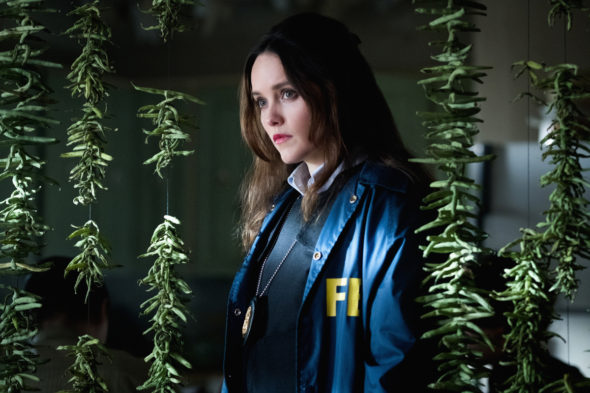 It looks like Agent Starling will be turning in her badge. Last month, it looked like the Clarice TV show, was poised to move from the CBS network to the Paramount+ streaming service (along with SEAL Team and Evil) for its second season. Now, Deadline reports it’s looking more likely that the show will be cancelled instead.

Based on The Silence of the Lambs, the Clarice TV series stars Rebecca Breeds, Michael Cudlitz, Lucca de Oliveira, Kal Penn, Nick Sandow, Devyn Tyler, and Marnee Carpenter. The series is a deep dive into the untold personal story of FBI Agent Clarice Starling (Breeds) as she returns to the field in 1993, one year after the hunt for serial killer Buffalo Bill (Simon Northwood). Brilliant and vulnerable, Clarice’s bravery gives her an inner light that draws monsters and madmen to her. However, her complex psychological makeup — which comes from a challenging childhood — empowers her to begin to find her voice while working in a man’s world. It also helps her begin to escape the family secrets that have haunted her throughout her life.

Airing on Thursday nights, the first season of Clarice is averaging a 0.33 rating in the 18-49 demographic and 2.88 million viewers.

It’s CBS’ lowest-rated scripted series of the season so cancellation by the network wouldn’t come as much of a surprise. The series has been a solid performer on Paramount+ however.

MGM Television, who produces the series with CBS Television Studios, and Paramount+ (owned by CBSViacom) had been in negotiations for Clarice to be renewed for a second season on the streaming service. Now, negotiations have reportedly broken down with each side supposedly blaming the other. MGM being acquired by Amazon is supposedly not a factor in the deal going south.

Due to the show’s low ratings and the fact that CBS already has a full slate of series 2021-22, there appears to be no viable path for Clarice’s survival.

What do you think? Have you watched the Clarice TV show on CBS? Would you watch season two on Paramount+ or some other platform?

I joined Paramount so I could watch season 2. Disappointed. My other favorite is Evil which I can follow on Paramount.

I agree I really liked Clarice and Evil as well. When Evil was moved to a Pay site instead of regular tv I was so angry. I’m on a fixed income I can’t afford to pay for Dish and then pay for shows that move to pay sites. Every time I get hooked on a show it does this or is cancelled. Grrrr…

Clarice is my favorite new show of this past year. Great character study, my opinion includes most of the main characters. Was very disappointed CBS is considering canceling. Put it in a different time or day.
Thursday is too crowded. I DVR and watch good shows later or when able. Clarice is a good show.

They should continue to season two. If we didn’t continue then everyone would just be left on a cliffhanger and never know what happens to clarice in the end.

We have been robbed, the Clarice cast, crew members, fans and everyone basically. Who are the idiots that make these decisions…..

Just when a series that I enjoy is on, someone decides that I do not get to watch it. It never seems to fail. What a big mistake for CBS to cancel Clarice. It is interesting and compelling. Nothing like the moronic series that they annually renew. I truly hope that we will be able to watch it somewhere. How can I be informed about it might be seen?

I love this show! Please keep it on!!!

I would watch Clarice on Paramount+, or anywhere. One of the few TV shows for people with IQ’s over ten!!! Story lines, Acting, and the actors are great. Everything about this series begs to get a season two. We need this series to be renewed somewhere! Thank you.