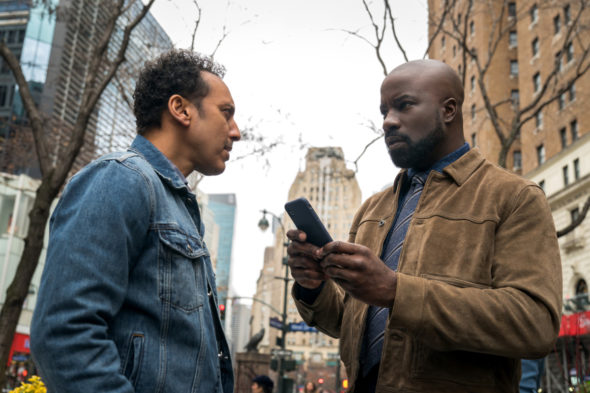 Evil fans have been waiting for season two to arrive on CBS, but the thriller series may soon have a new home. Per Deadline, Evil may land on Paramount+ for its second season. Similar deals have been discussed for the yet-to-be-renewed SEAL Team and Clarice.

Evil comes from Robert and Michelle King who are well-liked by CBS and Paramount+. The duo is behind The Good Fight and more.

The following was said about the potential move to Paramount+ for Evil:

“Evil, one of the best reviewed new broadcast series of the 2019-20 season, has a lot in common with Clarice. Both are serialized and have failed to draw strong linear ratings in the Thursday 10 PM hour (Evil averaged 6.29 total million viewers on CBS last season) but have done well on digital. And both come from top producers on the CBS Studios roster that helped launch Paramount+ predecessor CBS All Access, the Kings with The Good Fight and Clarice‘s Alex Kurtzman with the Star Trek universe.”

A premiere date for season two of Evil has not been set. The series was to return as part of the 2020-21 season but was delayed due to the pandemic.

What do you think? Are you a fan of Evil? Would you watch season two if it moved from CBS to Paramount+?

After watching season one of evil, I was so excited and couldn’t wait to see season two! Now I find out that what I saw for free, I now have to pay for. I think that is ridiculous!!! It’s kind of like bait & switch, they give it to you for free and get you hooked, then make you pay for it!!! I think that is just rotten!!! If it starts on CBS, it should continue on CBS!!!! I’m so pissed off that I can’t watch season two now!!!!!!!

This sucks what the hell. Cable is expensive enough that I am not going to pay for streaming services. programming on major networks is getting worst and worst. Good shows are all going to streaming networks. This sucks.

I would love to see this show, but am not paying for another channel. I really looked forward to seeing this show, so I’m sad.

I am right there with you..not fair for us poor folk.

Love love love the show but won’t be able to afford the change! So sad!!!

I am SO pissed about the move. I LOVE the show, but won’t pay for another station to watch. This is a TERRIBLE disservice to fans like me. Hopefully it will come out on NETFLIX dvd.

e I do not get streaming channels so I say no, bring it back to CBS

I love evil. It was the best show ever. I don’t wanna have to pay to watch it on Paramount+