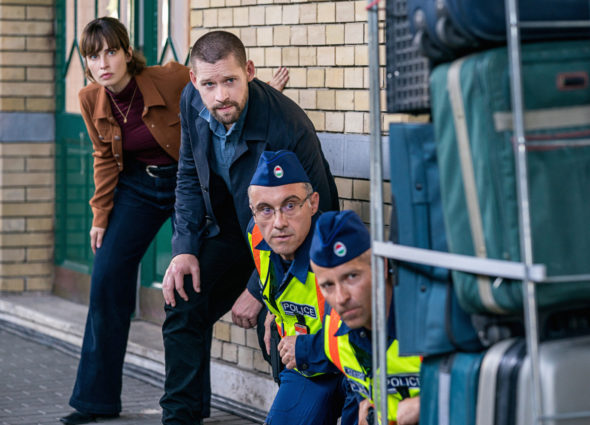 A CBS procedural drama series, the FBI: International TV show is the second spin-off in the FBI franchise. It stars Luke Kleintank, Heida Reed, Vinessa Vidotto, Christiane Paul, and Carter Redwood. The story follows the elite operatives of the Federal Bureau of Investigation’s International Fly Team. Headquartered in Budapest, they travel the world with the mission of tracking and neutralizing threats against American citizens wherever they may be. They put their lives on the line to protect the U.S. and its people. Special Agent Scott Forrester (Kleintank) is the Fly Team’s accomplished and dedicated leader and his second in command is Special Agent Jamie Kellett (Reed). Special Agent Andre Raines (Redwood) shines in the field and makes good use of his accounting background while Special Agent Cameron Vo (Vidotto) excels at interrogation and strategy. The team’s key ally is Europol Agent Katrin Jaeger (Paul), a multi-linguistic liaison between the FBI Fly Team and each host country they inhabit.

We really enjoy FBI International! You find yourself traveling to different countries w intrigue. Different than most other shows. Please renew & let people find it! Exciting.
Love the outside backgrounds. Could introduce or include “the local cuisine” in the different countries (as a side interest).
Like able cast! A Keeper

Really like FBI: INTERNATIONAL!!! Only gripe is problem I especially see on MANY of CBS’ shows….they add a flirtation, secret love or some kind of relationship, then the writers don’t know what to do with that story line. They fumble around with it, sometimes for years (SCORPION), and make it stupid or ruin it, leaving viewers rolling their eyes. INTERNATIONAL started with a good relationship where she gave up NYC position after landing in hospital. Then a few episodes later it’s OVER! It’s like a requirement on CBS shows to screw up couples. Pathetic! CBS, don’t make characters lovers if… Read more »

FBI International is the best of FBI franchise

I like international so much better than most wanted, which is too dark.