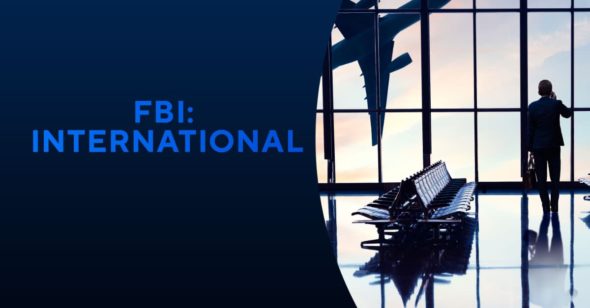 FBI: International has set its cast. The second spin-off of Dick Wolf’s FBI franchise will premiere next month and join FBI and FBI: Most Wanted on Tuesday nights. The premiere of all three shows will be a part of a crossover event.

“Headquartered (and filmed) in Budapest, elite operatives of the Federal Bureau of Investigation’s International Fly Team travel the world with the mission of tracking and neutralizing threats against American citizens wherever they may be.

The Fly Team’s Special Agent Scott Forrester (Luke Kleintank), their accomplished and dedicated leader, puts his missions ahead of his personal life and is rarely seen without the team’s “secret weapon” – their trusty Schutzhund dog, Tank. Second in command is Special Agent Jamie Kellett (Heida Reed), who’s not afraid to tussle – in an alley or courtroom – and whose extensive network of informants is a powerful resource. Special Agent Andre Raines (Carter Redwood) shines in the field and makes good use of his accounting background in tracking criminal enterprises moving money; and the group’s newest member, Special Agent Cameron Vo (Vinessa Vidotto), is a competitive West Point grad who excels at interrogation and strategy. A key part of the mix is the unflappable Europol Agent Katrin Jaeger (Christiane Paul), the multilingual liaison between the Fly Team and each host country they inhabit.

FBI: INTERNATIONAL debuts Tuesday, Sept. 21 (10:00-11:00 PM, ET/PT) as part of a three-hour crossover premiere event with FBI and FBI: MOST WANTED to kick off the new season of “All-FBI Tuesdays” on CBS. The following week, the new drama moves to its regular timeslot on Tuesdays at 9:00-10:00 pm ET/PT.”

Check out photos of the FBI Fly Team below.

What do you think? Are you planning to check out FBI: International on CBS next month?

I absolutely will be checking it out. I love watching the other two, FBI and FBI: Most Wanted. They are two of my favorite shows.

I Love them both & will surely look into the international.

Will try it out of course Little up awtset about Chicago Med moving That was myself Weds. night What’s coming in it’s place Olease never shut down Blue Bloods I will be to upset

Yes, it sounds great. I remember a show some years ago about Interpol etc, agents with Donald Sutherland and others.

Yes we will be watching.

What would happen if CBS put the all-FBI night directly opposite NBC’s all-Chicago night…. and Dick Wolf had to compete with himself??

Seriously, Dick… give somebody else a chance to make a TV show, will ya? Same goes for JJ Abrams & the whole Bad Robot crew. And Greg what’s his name from all the CW shows.

Appreciate that those guys are making ACTUAL television programs (as opposed to “reality” dragonshit), but should one guy really be controlling the entire prime block of a network, three nights a week??

Yes, I will definitely watch this spin off.

Yes I will be fallow the new spin off of the FBI International, it look they have a great team all good actors

Definitely. I love FBI, I’ve yet tobe as committed to Most Wanted. This will definitely involve me in all 3!

liked the FBI you always have to cancel things.

Dick did an international a few years back it was great but was cancelled. Now again there’s a new one I’m sure he had plenty left from the old scripts.

Yes, I’ll be there