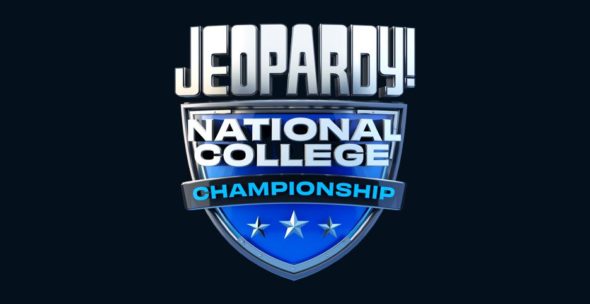 Jeopardy! finally has a new permanent host. After a parade of guest hosts, executive producer Mike Richards has been announced as the host of the weekday syndicated series. Richards will start his run as the host of Jeopardy! at the start of season 38 this fall. Longtime host Alek Trebek died late last year of cancer and his final episode aired in January.

In addition, ABC has announced a new Jeopardy! National College Championship primetime series for 2022. Mayim Bialik, one of the contenders for hosting the regular show, will host that event series and other Jeopardy! specials that come along after it.

ABC revealed more about the host of Jeopardy! and the new series in a press release.

“Sony Pictures Television (SPT) today announced that Mike Richards and Mayim Bialik have been named as the new hosts of Jeopardy!. Richards will kick off Season 38 as the full-time host of Jeopardy!’s long-running daily syndicated program. Bialik joins as the host of Jeopardy!’s primetime and spinoff series, including the upcoming all-new Jeopardy! National College Championship set to air on ABC next year, as the studio looks to extend the Jeopardy! franchise to new platforms. Jeopardy! The Greatest of All Time winner Ken Jennings will return as consulting producer for the show. Richards will continue to serve as executive producer of Jeopardy! and Wheel of Fortune.

“We are thrilled to begin the next chapter of America’s Favorite Quiz Show with Mike hosting our daily show and Mayim hosting new versions of Jeopardy!,” said Ravi Ahuja, Chairman of Global Television Studios and Corporate Development for Sony Pictures. “We took this decision incredibly seriously. A tremendous amount of work and deliberation has gone into it, perhaps more than has ever gone into the selection of hosts for a show – deservedly so because it’s Jeopardy! and we are following the incomparable Alex Trebek. A senior group of Sony Pictures Television executives pored over footage from every episode, reviewed research from multiple panels and focus groups, and got valuable input from our key partners and Jeopardy! viewers.”

Ahuja continued, “We knew early on that we wanted to divide the hosting responsibilities and it became very clear that Mike and Mayim were the undeniable choices. They were both at the top of our research and analysis. Mike is a unique talent, at ease behind the podium and a double threat as producer and host. Mayim has a wonderful energy, an innate sense of the game, and an authentic curiosity that naturally represents the Jeopardy! brand. We are excited to get to work with them both and are confident that they will carry on the legacy of this iconic show.”

“I am deeply honored to have the opportunity to host the syndicated version of Jeopardy!,” said Richards. “Never in my wildest dreams could I have imagined being chosen to step into a role of this magnitude. I am incredibly humbled to step behind the lectern and will work tirelessly to make sure our brilliant contestants shine in each and every episode. Alex believed the game itself and the contestants are the most important aspects of the show. I was fortunate to witness his professionalism, intensity and kindness up close and that will serve as the ultimate blueprint as we continue to produce the show we love. I am thrilled that Mayim is joining the Jeopardy! team. Her academic track record and enthusiasm for the game made her a terrific guest host. It will be a privilege to produce the primetime series with her as host.”

“I couldn’t be more thrilled to join the Jeopardy! family,” Bialik said. “What started out with my 15-year-old repeating a rumor from Instagram that I should guest host the show has turned into one of the most exciting and surreal opportunities of my life! I’m so grateful and excited to continue to work with Mike Richards, and I’m just over the moon to join forces with him and Sony. After all the conversations we’ve had about this partnership, I am just so ready to get started!”

Jeopardy! National College Championship is an all-new tournament which will air in primetime on ABC next year. The competition will feature 15 colleges from across the country going head-to-head for two weeks of intense competition.

A series of guest hosts have each taken a turn at the Jeopardy! lectern this past season, including Katie Couric, Aaron Rodgers, Bill Whitaker, Anderson Cooper, Savannah Guthrie, Sanjay Gupta, LeVar Burton, George Stephanopoulos, Robin Roberts, Joe Buck, Dr. Mehmet Oz, Buzzy Cohen and David Faber. As part of each host’s appearance, a donation was made to a charity of their choice, with the amount donated equaling the cumulative winnings of the contestants that competed during the weeks they served as guest host. In total, Jeopardy! donated nearly $3 million to various charities this past season. Richards’ guest hosting appearances aired February 22, 2021 – March 5, 2021 and Bialik served as guest host from May 31, 2021 – June 11, 2021.”

What do you think? Are you a fan of Jeopardy!? Do you plan to watch the new primetime series? Is Richards a good choice as host of the regular show?

Look forward to trying Jeopardy National College Championship when it premieres February 8 of next year! Really enjoyed watching Mayim Bialik host, so curious to see what she’ll do with this spin-off.

So sorry to hear Mike will now not be in Alex’s place on Jeopardy. He is very lucky that he still gets to produce the shows because when this happened to Roseanne.. she was removed from TV altogether.. unfortunately, we have never heard or saw her again 🙁

Mike was the choice to make.. he is good @ it & ALex would have been thrilled!

The best choices would have been Jennings, Cohen, or Faber. They did phenomenally. Bialik and Richards were on par with Burton…absolutely horrible

I don’t watch Jeopardy much, but I was happier to hear about Mayim Bialik being selected than the host for the syndicated show.

executive producer Mike Richards voted himself in.
Fans did not choose him.

I couldn’t be more pleased. My heart really wanted Ken Jennings, but I believe Mike will continue Alex’s legacy of focus on the game & the contestants. He also, like Alex, is urbane, handsome & knowledgble. No one will ever “replace” Alex. Mayim is wonderful for the new shows. I love her, love her sense of humour & her intelligence is undisputable!

I have to agree….Mayim did a great job. I don’t usually watch Jeopardy, but the few weeks Mayim was on, I watched it every night.

Agree, and w/o her I’m not likely to watch it

Mayim Bialik should be the one and only

I agree. Mayim Bialik was one of the best Guest Hosts. I never liked Mike for his two weeks and I knew he was going to make himself the new host . He probably had it all planned way before Alex Passed away. If they wanted two hosts then it should have been Ken Jennings and Mayim Bialik. Not this joke of a producer. I will be tuning out when he is on and only support Mayim Bialik for her spin-off Series and Guest Appearances. Don’t Know how Mike outshone Ken in their research when everyone was basically saying before… Read more »

agree, why ask for a fan vote, then not use them?

Let’s have that as a hiring process for everyone for anything from now on…the bosses don’t do the hiring…our employees are going to decide.

They were all good. Many excellent. Burton’s one of them after a couple jittery days. There two stood out as well. They are experienced in front of the camera. That helps a lot. Enjoy the game. As Alex said, “it’s about the contestants”.

Today is now
Reply to  Mayim Bialik Only Host

Tried to voicemail opinion about this issue and subject matter in him coming around. I’ll see you in a more civil way it is acceptable even though when I said wasn’t him. He was no way I Watch the show anymore I’m in Washington city Trebek just start it in before then Fleming wine or when I want to watch it with her? Just because she is a TV star and so this woman really needs to understand she needs to pick one or the other she can’t do both and she cares about is money