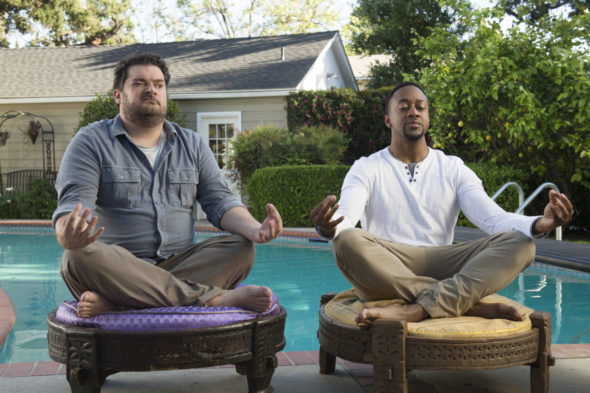 Is Me, Myself & I gone for good? CBS has pulled and effectively cancelled the freshman TV show from their schedule, but do you think the network acted too quickly?

After just six airings, season one has an average rating of 1.01 in the 18-49 demo and 4.96 million viewers — making it one of the network’s lowest-rated TV series for the 2017-2018 season.  The premiere drew a 1.63 in the demo with 7.46 million viewers but the ratings sank pretty quickly and the last installment to air only attracted a 0.71 rating and 3.91 million.

What do you think? Have you seen Me, Myself & I? Do you think CBS pulled the show too soon? Should it be cancelled or given more time?

I Loved the show! It was both funny & heart warming. Great actors, Great storylines. The show was not given a fair shot. Where can I see the un-showed episodes?

I love the show. I was thrilled, that even though cancelled, they recently released the unpublished episodes. I just watched episode 8! Pure Genius. Hearwarming, funny, quirky…and…the ending just is beautiful. I feel it was unjust to put this show on at 10:00 at night…family type shows don’t usually make it then.

I love the show! I just watched Episode 8 and came to realize the pure genius of the show. . I believe one of the reasons it failed was that it was on 10:00 at night? Seriously…funny, heartwarming, quirky…love it! PLEASE BRING IT BACK!

I really enjoyed this show. It was very different. One of the story lines I really thought was unique and refreshing was the fact that the stepbrother interactions were so supportive and caring, as was the stepfather.

Much to my surprise – I gave it one show to test, and kept on. I actually really enjoyed this show, but I guess one has to be of a certain age to appreciate a look on one’s past selves. I know the target demographics is rather the younger crowd, but it nice once in a while to have a show for us a little less young physically (not mentally!) I’d love to see it brought back.

I loved this show! Sweet, intelligent, witty and with good casting. I don’t know why CBS hangs on to the garbage programs (aka all else in the Monday lineup) and cancels the ones that are actually worth watching. Please bring ‘Me, Myself and I’ back!