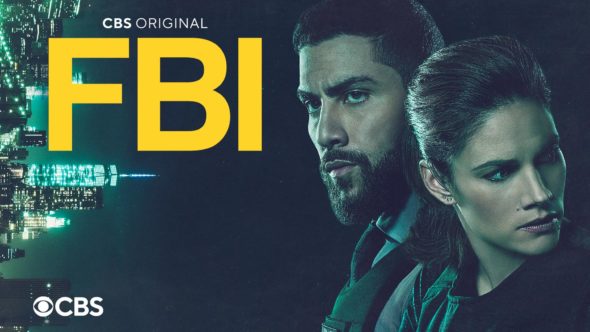 A relative newcomer, the FBI TV series has been a very good performer in the ratings for CBS. The network needs to keep developing newer shows since several of its other dramas have been on the air for over a decade and will end at some point. Is FBI a shoo-in to be renewed for a fourth season or, could it still be cancelled? Stay tuned.  *Status Update Below.

For comparisons: Season two of FBI on CBS averaged a 0.89 rating in the 18-49 demographic and 9.08 million viewers.

What do you think? Do you like the FBI TV series on CBS? Should it be cancelled or renewed for a fourth season?

I watch it every week. One of
My favorite shows

I love FBI I watch it every week faithfully every week,

FBI has gotten too political. Racism has been covered too often on several CBS series. I hear/see enough of that on the news. Please don’t saturate television with more racism.

I love the FBI. However, I’m a bit hard of hearing and the music they play for drama is way too loud and completely obliterates the spoken words.

I’ve loved this show since its inception!