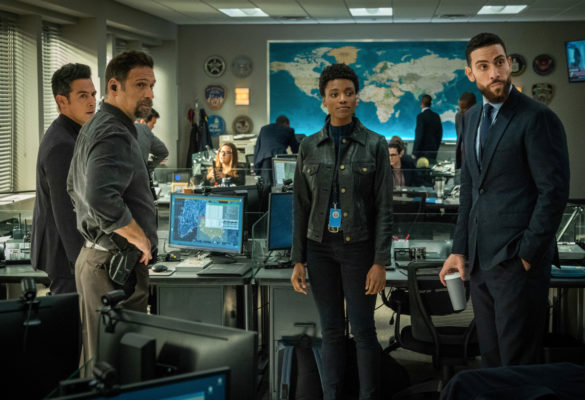 Can these agents keep our citizens safe? Has the FBI TV show been cancelled or renewed for a fourth season on CBS? The television vulture is watching all the latest cancellation and renewal news, so this page is the place to track the status of FBI, season four. Bookmark it, or subscribe for the latest updates. Remember, the television vulture is watching your shows. Are you?

The third season of FBI averaged a 0.83 rating in the 18-49 demographic and 7.83 million viewers. Compared to season two, that’s down by 7% in the demo and down by 14% in viewership. Find out how FBI stacks up against other CBS TV shows.

Will CBS cancel or renew FBI for season four? This series has been a very good performer for the network and CBS needs newer shows. I have no doubt that this one will be renewed. I’ll update this page with breaking developments. Subscribe for free alerts on FBI cancellation or renewal news.

What do you think? Are you glad the FBI TV show has been renewed for a fourth season? How would you feel if CBS had cancelled this TV series, instead?

Hi is the show back in September

Please do not cancel this show, Missy Peregrym makes the show as great as it is.
When Missy was off a few episodes the show was not the same.

Stop the racial issues. It’s on the news all the time. we don’t want to watch it on FBI too. If it continues we won’t be recording it any longer

FBI is a good strong show with a great cast and good actors. It should be renewed for the next season.