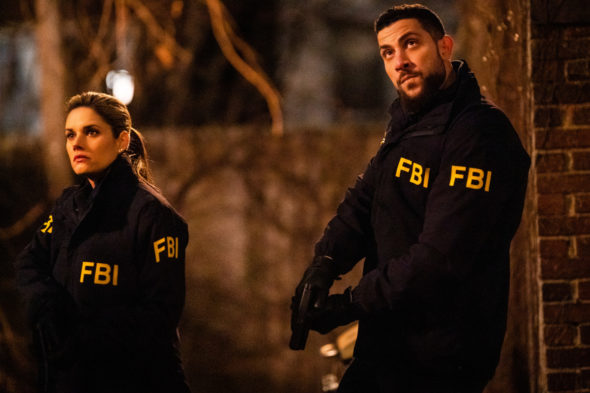 The cast of FBI is back to work on set. Production has started on season three of the Dick Wolf drama. A premiere date for the new season of the CBS series has not yet been set. The network previously announced that the FBI TV series would return sometime this fall.

TV Insider reported that CBS shared a video from the set featuring actors Zeeko Zaki and Missy Peregrym. Peregrym took a break from the series to give birth. During her absence, her character was sent out on a special undercover assignment.

🚨 ATTENTION FBI FAM 🚨 @mperegrym is back!

Ebonée Noel and Jeremy Sisto also star in the drama.

FBI wrapped its second season at the end of March with only 19 episodes airing. The series follows a team of FBI agents who do all they can to keep everyday Americans safe while they investigate various crimes.

What do you think? Are you a fan of FBI on CBS? Will you watch season three when it premieres?

Please, can someone tell us when fall 2020 season starts? I can’t find anything about it. Please , please, please. Thank you

The Fall 2020 season began on 9/21. Because of the pandemic, most TV shows have been delayed. There’s no return date for FBI yet.