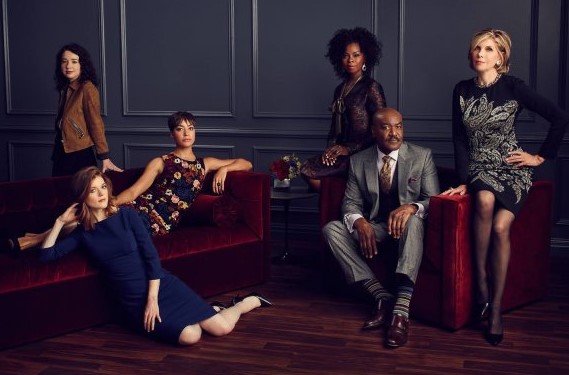 The Good Fight arrived last night, and some viewers are probably wondering if the spin-off of The Good Wife will see a second season. The creators are wondering about that too.

The series launched with a special premiere on CBS with the series now becoming a CBS All Access exclusive.

Robert King said the following about the series and its potential for a second season in an interview with The Hollywood Reporter:

“If we had Star Trek’s budget, I would feel better. Can I say this? I don’t know what they consider a success in streaming. If you’re the creator of a show or you’re running a show, it’s always the question of, are they going to give you a second year? I don’t know what success is so I’m a little nervous that we’re the first one out.”

After watching the premiere of The Good Fight on CBS last night, do you want a second season? Tell us what you think.

First of, clean up the language. Is that why you put it on streaming?????? To bad!!!! People who watched The Good Wife didn’t have to endure such unintelligent cursing. I was disappointed when I learned it was not on regular TV and I will not pay the all access fee!!!!!!

For these reasons I don,t believe it will survive. Too bad, I was so excited to continue following Christine’s character. Love her!

In real life sometime people curse…. Realistic. Real life is not pg or g rated. Funny how some people don’t want bad language on some shows, but isn’t that authentic if used in some shows. No not everyshow.

It deserves a second season! The best new CBS show this year. The streaming thing will probably limit it to a lot of its potential audience, but hopefully since it’s the first of its kind, CBS will be more lenient.

Lord No! Why can’t you allow commoners to enjoy The Good Fight in the same manner in which we enjoyed The Good Wife????Some of us cannot afford to pay this fee.Not fair!!!! You will lose audience.Go back to regular TV!!

Loved The Good Fight. However, adult language put me off. Would like it better if there wasn’t so much of the F Word.

Some people curse. Not weird to have in on some shows if they want it to be realistic then some may use bad language sometimes. Those football coaches I know use some colorful language and that’s in the real world.

OMG YES! It was like ‘The Good Wife’ never ended. Not crazy about paying $5.99 a month to watch just this show, but I most likely will do it. The show was really very good. The hour went by too fast!

The show needs to be on regular channels, it will lose the audience because most people won’t pay to watch another show.

Yes, we want a second season. The actors are amazing. Wish the other actors from The Good Wife join in. The show is very creative, love the story lines.

Liked it but won’t pay to continue. Already paying for other services.

Enjoyed the episode but I can’t afford to waste money. I have a Netflix account and I’ll just wait until it hits there. I’m excited for the show and hope it has many seasons to come, but it should be on TV and not the internet.

I enjoyed the show…i really miss The Good Wife, however i already pay for cable and Netflix, not paying for another streaming service for one show…big mistake for CBS. Wish it was on cable CBS.

Show was good and would watch it on reg. CBS but will not pay to watch it. I’m paying for cable already, why pay again. Big mistake in CBS’ part.

YES ! Absolutely – this is an excellent spin off . Please do bring in Seson 2.

I have very m8ch enjoyed the 1st and 2nd episode of The Good Fight. I have no problem watching digital streaming programs. I hope they do continue with the series. It’s certainly something worth while to,enjoy on Sunday evenings.

Not if I can’t wAtch it on regular cable.. it looks good but I won’t even watch the first year if if it’s only on the Internet. Very disappointed.

I thoroughly enjoyed this first showing of The Good Fight. It was more interesting than The Good Wife as that series got very boring.

I saw it & loved the way it is going However with Google & Netflix bills I can’t afford to add another billing for just one show. Put it on CBS if you want to keep it’s target audience.