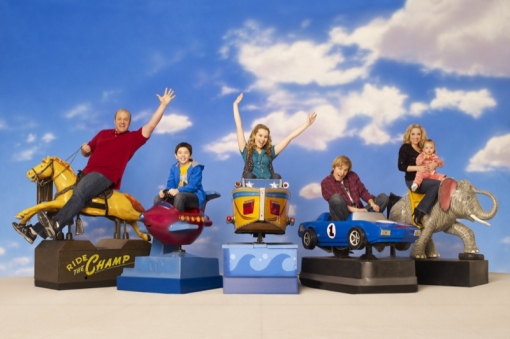 Disney Channel has announced that the special one-hour last episode of Good Luck Charlie will air on Sunday, February 16th, at 8pm. The cable channel will air favorite episodes the week leading up to the finale, hosted by various castmembers.

Among its milestones is the episode celebrating the birth of baby Toby (June 2012), which delivered 8.9 million Total Viewers in the United States. An accompanying viewer poll resulted in 25 million votes worldwide. The series inspired a Disney Channel Original Movie, “Good Luck Charlie: It’s Christmas” (December 2011), which was cable TV’s #1 live-action movie of the year in Total Viewers (8.3 million Total Viewers) and the #2 scripted telecast across all TV in Kids 6-11 (4.0 million/16.1 rating).

In the finale, Teddy is leaving for college and is finding it hard to shoot a final video diary for her little sister, Charlie. Meanwhile, Amy and Bob plan a special going away party for Teddy, and a surprise guest, Teddy’s former boyfriend Spencer, pays an unexpected but welcomed visit.

“Good Luck Charlie” was created by Phil Baker and Drew Vaupen (“Suddenly Susan” and “What I Like About You”) and was executive-produced by Baker, Vaupen and Dan Staley (“Cheers,” “Love & Money”).

What do you think? Do you plan on watching the last episode?

its just like kim possible season 3 was suppose to be the last for kim possible but we loved it so they aired a 4 season. do that for good luck charlie. it was one of the best tv series ever. maybe u could do just episode in summers when shes there and in breaks lik spring breaks and christmas breaks. MAKE NEW EPISODES and please use my advise.

^or they could end up doing a spin off series in the future.