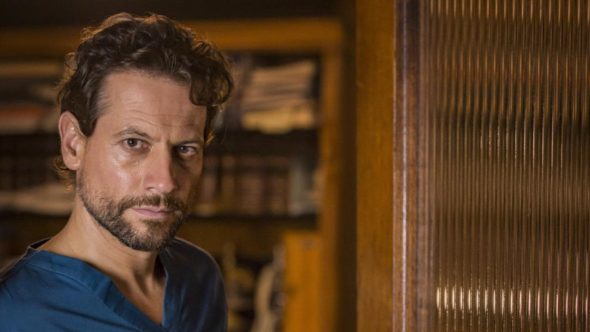 Harrow is back in action. Deadline reports the Australian network ABC has renewed the TV series for a second season.

The crime drama stars Ioan Gruffudd as “Dr. Daniel Harrow (Gruffudd), who is no ordinary forensic pathologist. Brilliant. Unorthodox. And a murderer? Harrow’s total disregard for authority and his unfailing empathy for the dead help him solve even the most bizarre of cases.”

Season two of Harrow will begin production in September. ABC has not yet announced a premiere date. There’s no word on when or if American audiences will get to see this series. Gruffudd is a familiar face to viewers in the United States having starred in the Forever TV show on our ABC (American Broadcasting Company).

What do you think? Have you seen Harrow? If so, will you watch season two? Would like it to air in the United States?

I Loved the show and would really enjoy seening season 3! I live in the USA.

Found it hard to watch the series as was shouting at the tv a lot, quite frustrating! Can tv stop showing a patient in asystole being defibrillated as de-fribrillate means to stop a fibrillaion, asystole is no cardiac output , so does nothing!
Is there going to be a third series/ season?

Love this show! Watch it in the US and really hope there will be a season 3!

Yes, I NEED season # 3 now, love , love this show, and I don’t really watch TV, until I watch two episodes and I was hocked on Daniel , fantastic show, I wanted to cry when it was over

Have watched all of no 2 of Harrow love this Show just hope it comes back on ABC in Australia Please !!