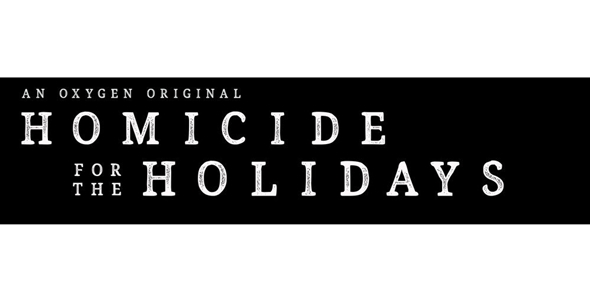 Homicide for the Holidays is coming back for its fourth season on Oxygen next month, and viewers are now being given more details about the stories to come.

Oxygen revealed all about in a new press release. Check that out below.

“Season four unwraps four chilling stories of holidays taking a sweeping turn when a loved one is brutally killed by an unforeseen suspect and investigations unfold that stun everyone involved.

The holiday season is usually the busiest and happiest time of the year and spent with family and friends, but unfortunately can leave a painful surprise when it begins with a shocking murder.

Each hour-long episode examines a devastating case as police investigate and go to incredible lengths to unveil secrets about the true motive of the killer, giving families justice about their loved ones’ death.

With firsthand accounts from those close to the victim, the limited series delves into the alarming cases that prove the holidays can turn the happiest time of the year upside down in a split second.

A mother is brutally shot to death while driving her sons home from a Thanksgiving celebration. When the hunt for her killer leads to an unlikely suspect, investigators soon realize her murder is not as random as it once seemed.

Just after Christmas, a young couple is found murdered inside their Florida home. Neighbors can’t imagine the couple had been in the area long enough to make a mortal enemy. Police uncover deeply personal details, and soon expose a deadly secret.

A beloved couple is found murdered inside their home on Christmas morning. All that’s left behind is a single palm print. Investigators work tirelessly to match the print to a suspect, until a letter from prison takes the case on an unexpected course.

After a family is found massacred inside their Santa Claus, Georgia home, the hunt for their killer hinges on the eyewitness testimony of the three young surviving daughters.

Check out a trailer for season four of Homicide for the Holidays below.

What do you think? Are you a fan of this series? Will you watch season four next month?