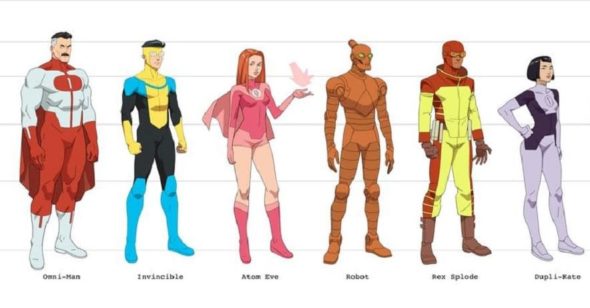 TV show description:
An adult animated superhero series, the Invincible TV show is based on the Skybound/Image comic book of the same name by Robert Kirkman, Cory Walker, and Ryan Ottley.

Mark Grayson (Yeun) is a regular guy whose father is the most powerful superhero on the planet, Omni-Man (Simmons). As Mark develops powers of his own just ahead of his 17th birthday, he enters into his father’s tutelage and discovers that his dad’s legacy may not be as heroic as it seems.

What do you think? Do you like the Invincible TV show? Do you think it should be cancelled or renewed for another season?