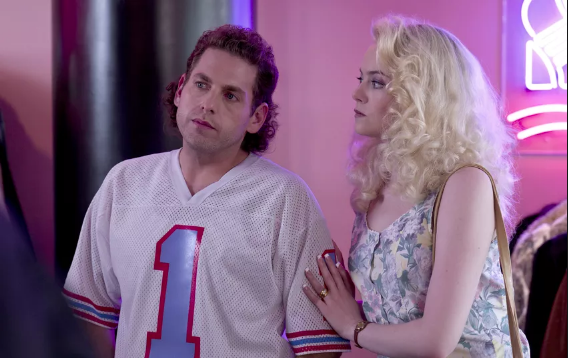 Are you watching Maniac? According to The Hollywood Reporter, there will be no season two for the Netflix TV show.

The dark comedy stars Jonah Hill and Emma Stone as “two lost souls who search for connection when they are patients in a pharmaceutical trial.” The cast also includes Justin Theroux.

During a recent interview, showrunner Patrick Somerville told The Hollywood Reporter Maniac was always planned as a limited series and there will be no second season for the Netflix series:

This was always planned as a limited series, and I think that’s another reason why we had the freedom to have a more hopeful ending. A lot of times on TV, you have to throw your characters into distress again near the end to buy the next season, and we don’t have to do that. It is a tremendous amount of energy and imagination to just to make a new show, and so you do have this feeling of wanting to hold on and keep using it, because there’s so much imagination in there, but I think part of why Maniac had that improvisational feeling along the way was knowing that this is it. Let’s do it now, because this is what Maniac is.”

What do you think? Have you seen Maniac? Would you still like a second season?

Well, that makes sense because Emma Stone would rather do movies!