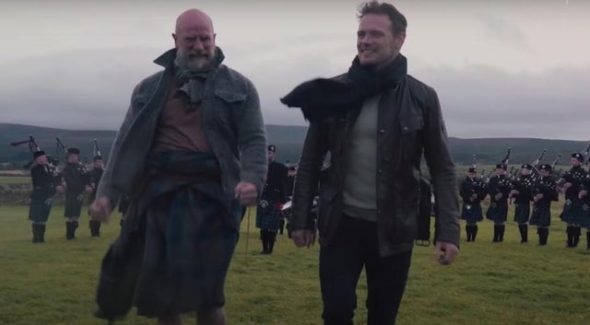 Men in Kilts is coming to Starz soon. The new docu-series will feature Sam Heughan and Graham McTavish from Outlander exploring Scotland. A premiere date for the series has not been set.

Starz revealed the following about the new docu-series in a press release:

“The journey of Men in Kilts: A Roadtrip with Sam and Graham takes viewers from the heart of Scotland at Glencoe, the site of a great massacre and major clan feud to Inverness and the Culloden battlefield, the site of a great battle and historic turning point, known well to fans of Outlander, that molded Scotland as we know it today.”

Check out the trailer for Men in Kilts below.

What do you think? Are you planning to check out Men in Kilts once it arrives on Starz? Are you a fan of Outlander?

Looking forward to Men in Kilts.

Such a great show love it.