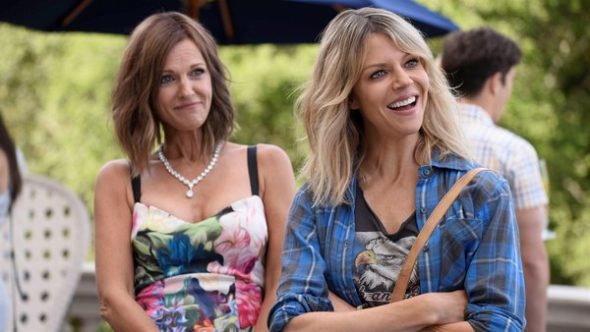 The Mick is near its season two finale, but how will it end? Recently, star Kaitlin Olson spoke with Variety about the FOX TV show’s upcoming season finale.

Speaking to Variety, Olson revealed the season two finale of The Mick will be a cliffhanger:

“I’m not a really big fan of shock value, but big is OK with me as long as we earn it. I just want to do stuff that I haven’t seen before because those are the kinds of things in my life that make me laugh — when you can’t see it coming.”

The episode, titled “The Graduate,” will center on Sabrina (Sofia Black-D’Elia), Mickey’s nemesis:

It is all about the balance. Mickey’s arch-nemesis in this whole series is this 17 year old girl, and it’s so ridiculous that she won’t admit that she’s a rival. But I think in order for that to pay off and in order for us to be able to buy their negative dynamic you have to be able to see how much she loves her — without beating the heart stuff over the head because it is a comedy.”

The season two finale of The Mick premieres on FOX tonight, April 3rd, at 9 p.m. ET/PT.

What do you think? Are you watching The Mick? Do you want a third season?

I love this show. It is so funny.Please renew it. I wish it was an hour long show. Just can’t get enough of it. We look forward to watching it every week.

Love this show! It is by far the funniest show on tv, now that last man standing was cancelled. Please bring bank for another season! This is a show we look forward to watching every week!

I would like The Mick to have at least one more season. It is hilarious with great actors

I agree, I just watched both seasons in the course of two days, I need my ribs wrapped from laughing so tired. Bring this show back.