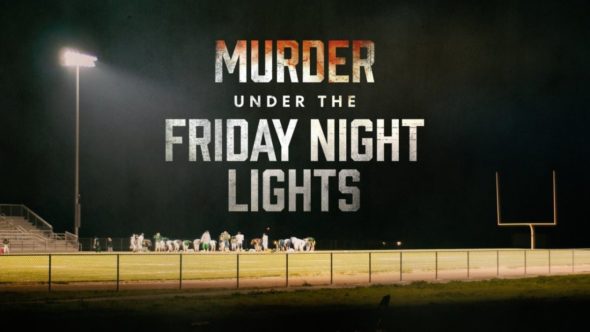 Murder Under the Friday Night Lights is returning with its second season tomorrow night. The Investigation Discovery series examines shocking cases of murder, deception, and obsession that take place in towns where football bonds the community together.

Investigation Discovery revealed more about the series in a press release.

ID’s hit series, MURDER UNDER THE FRIDAY NIGHT LIGHTS, returns with more dark and deadly cases of crimes tied around America’s sacred pastime of spending evenings under the bright glow of stadium lighting. Building off of its gripping freshman season, new episodes take an unflinching look at the shocking and tragic cases of deception, obsession and murder surrounding towns across the country where football bonds communities together. Season Two of MURDER UNDER THE FRIDAY NIGHT LIGHTS continues to explore the question: What happens when football is the lifeblood of a community … and real blood is spilled? The sophomore season kicks off Wednesday, November 16 at 10pm/9c only on ID.

“MURDER UNDER THE FRIDAY NIGHT LIGHTS was the number one highest-rated freshman series for ID over the past two years and made an incredible initial impression with our audience,” said Jason Sarlanis, President of Crime and Investigative Content, Linear and Streaming. “With this new season, we will continue to give our viewers an inside look at cases dealing with small-town high school football programs, and we’ve also expanded the series to recognize this American pastime affects the country as a whole regardless if its high school, collegiate or professional teams.”

Featured cases this season range from a beloved local high school coach’s secret life that led to his grisly murder to the devastating death of Denver Bronco star Darrent Williams and the diabolical case of a serial predator who was a rising star during Joe Paterno and Penn State football’s most defining season, among others. The new season will showcase not only how these teams turned entire teams and athletic programs upside down -but also how they tore entire communities apart.

What do you think? Are you planning to check out the return of Murder Under the Friday Night Lights?