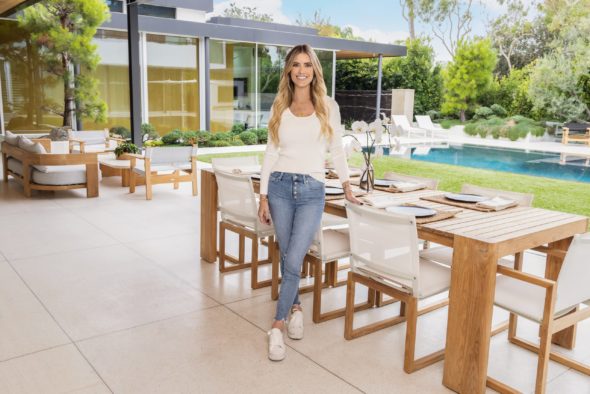 Christina on the Coast returns next month for its fourth season on HGTV. The home renovation series follows designer Christina Hall as she balances her personal life while helping people in Southern California in her professional life.

Next year, HGTV viewers will also see a second series join the channel – Christina in the Country. The new series will follow Hall as she expands her business and settles into her second home, a farm in Tennessee.

HGTV revealed more about both series in a press release.

WHAT: Christina on the Coast

WHERE/WHEN: Premieres Thursday, Dec. 8, at 8 p.m. ET/PT on HGTV and available to stream on discovery+

WHO: A thriving business and bustling family life has real estate expert and designer Christina Hall looking forward to great things ahead in a new season of her HGTV hit docu-series Christina on the Coast. During the series’ previous run, more than 21 million viewers watched Christina’s personal and professional journey continue to unfold in Southern California, and in the fresh eight episodes, she and her team, including fellow designer and project manager James Bender, will delight more clients with stunning home renovations in her signature style. While work is booming, the busy mom, author and entrepreneur also will spend quality time with her children and husband Josh Hall. She’ll take them on fun SoCal outings like goat yoga, consider a house purchase that will move them closer to family and friends, and collaborate with daughter Taylor on her bedroom refresh.

In the premiere episode, Christina will meet a couple who wish for a main floor overhaul that boasts an open concept and a bright, airy vibe. A dream kitchen will anchor the space and feature a wine bar, statement rattan light fixtures and vaulted ceilings with exposed wood beams. Adding to the season lineup, Christina will help repeat clients give their dated bathrooms a modern upgrade and design a resort-worthy pool for her contractor.

In early 2023, Christina will star in Christina in the Country, her second solo series for HGTV which will follow the expansion of her design business across the country as she puts down roots at her second home—a Tennessee farm.

Christina on the Coast is produced by Balthazar Entertainment in association with Glass Entertainment Group and Unbroken Productions.

What do you think? Are you excited about the return of Christina on the Coast next month? Will you check out Hall’s new show?