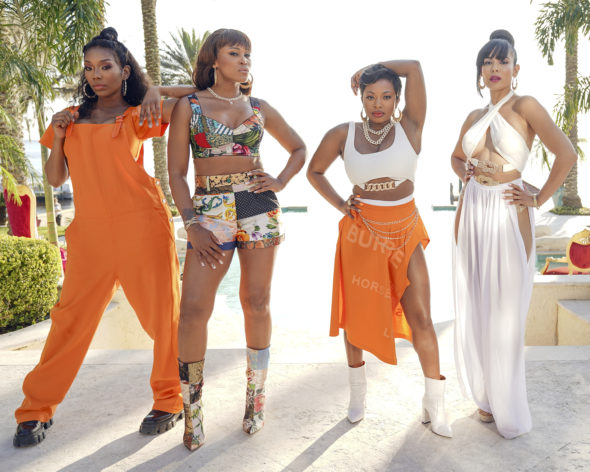 The band is getting back together. The alphabet network has ordered the Queens TV series for the 2021-22 television season. The ABC drama will air at 10:00 PM on Tuesday nights this fall and stars Eve, Naturi Naughton, Nadine Velazquez, Taylor Selé, Pepi Sonuga, and Brandy.

In Queens, estranged and out-of-touch, four women in their 40s reunite for a chance to recapture their fame and regain the swagger they had as the Nasty Bitches — their ’90s group that made them legends in the hip-hop world.

Zahir McGhee, Sabrina Wind, and Tim Story are executive producers. The series is produced by ABC Signature, a part of Disney Television Studios. The pilot episode is written by McGhee and directed by Story.

A premiere date will be released at a later date. In the meantime, here’s a teaser:

What do you think? Do you like the look of this new drama series? Will you check out Queens when the show debuts on ABC?

Looks like a really good show. Can’t wait until it comes out.

Take a moment to check out a song I wrote, waiting for an opportunity like this… Thanks for viewing…
https://youtu.be/utC-98Kq89E

Seems rather boring. ABC has no creativity!

Not my type of show. I don’t identify with anything in it