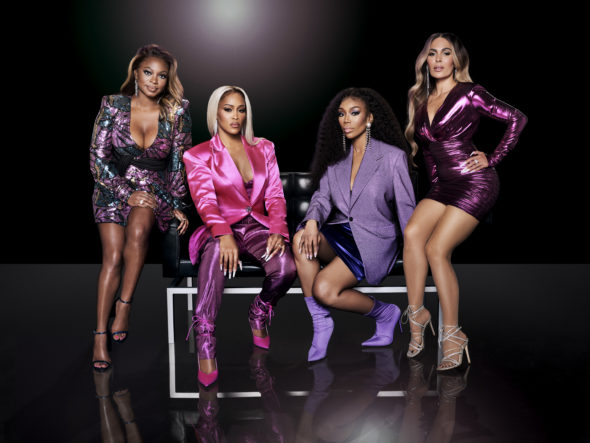 In the 1990s, the Nasty Bitches music group turned the world of hip-hop upside down. Their popularity skyrocketed with the success of their chart-topping single, “Nasty Girl”. Nasty Bitches was once regarded as one of the greatest girl groups of their generation but, despite critical and commercial success, the group was plagued by internal conflict and jealousy.

Today, the ladies are in their 40s and are estranged and out of touch. Their former manager, Eric Jones (Sele), sets a reunion in motion and the women reunite for a chance to recapture their fame and swagger from their legendary past.

Series Finale:
Episode #13 — 2022
As the Queens prepare to be inducted into the Hip Hop Hall of Fame, they cannot help but notice the void Brianna’s absence from the group has left. Meanwhile, Naomi is waylaid when an old beau questions JoJo’s paternity. Elsewhere, Valeria gets ready to embark on her solo tour and she wonders if she really is ready to go it alone.
First aired: February 15, 2022.

What do you think? Do you like the Queens TV show? Do you think it should have been cancelled or renewed for a second season?

Love the show Queens!! Please bring it back

After the 2nd show I really started feeling the show Queens. I am really hoping that it is renewed for another season.